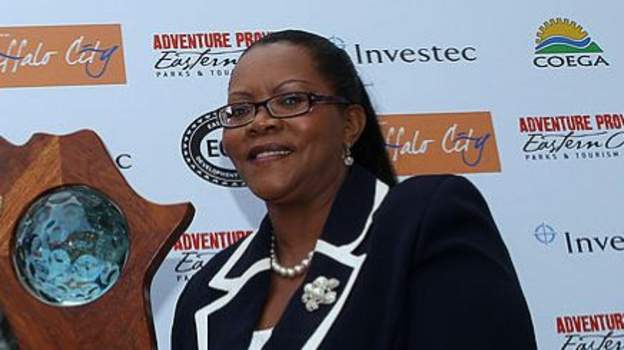 Zukiswa Ncitha, a former mayor, is among the accused (archive photo)

Police in South Africa have arrested 15 people for alleged corruption relating to the funeral of the former president, Nelson Mandela, in 2013.

Those arrested include the health minister of Eastern Cape province, Sindiswa Gomba, a number of business figures, and other lawmakers from the governing African National Congress. Among them are regional chair Pumlani Mkolo, former Buffalo City metro mayor Zukiswa Ncitha and council speaker Luleka Simon-Ndzele.

They have not commented on the allegations.

Prosecutors say they made fraudulent claims for the transportation of mourners and venues used in the city of East London for memorial services for South Africa’s first black president.