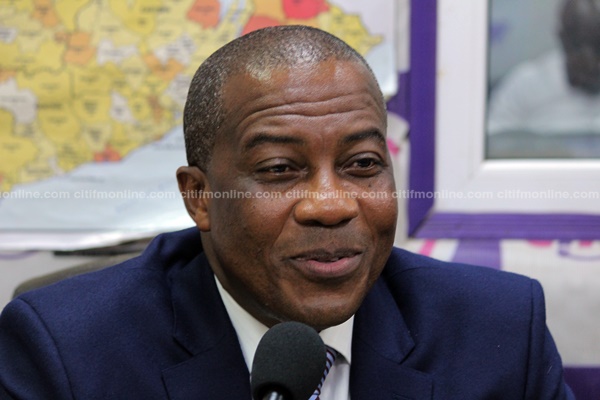 The President, Nana Addo Dankwa Akufo-Addo has ordered the Director-General of the National Lottery Authority, Mr. Kofi Osei Ameyaw to proceed on retirement.

This was contained in a letter from the Office of the President dated Wednesday, March 10, 2021, and sighted by Citi News.

The letter to Mr. Ameyaw reads: “Upon reaching the compulsory retirement age of sixty years on 20th February 2020, the President of the Republic, by a letter under my hand dated September 3, 2020, granted you a one-year contract of service as Director-General of the National Lottery Authority. The one-year contract lapsed on 20th February 2021, and therefore you are retired on that date”.

The President further asked him to hand over to the Finance Director of the Authority, Mr. Ernest Mortey.

The letter addressed to Mr. Yaw Amoakohene Baafi also stated that: “Due to the re-organisation of the Authority, I am to inform you that the President has terminated your appointment with immediate effect. You are directed to proceed to collect your terminal benefits in lieu of notice”.

Both letters were signed by Nana Bediatuo Asante, Secretary to the President.

This development comes on the back of agitations by workers of the National Lottery Authority.

The NLA staff union on March 1 threatened to withdraw its services in protest against attacks on employees of the Authority borne out of the failure of the Authority to pay claims due winners of lottery draws nationwide.

The workers also say the poor management of the Authority also resulted in the inability to pay salaries for the month of February 2021.

The National Labour Commission (NLC) subsequently stepped in directing the workers to abort their threats.

Also, in 2020, an investigative piece produced by Joy News alleged that the cost of some 30,000 Point of Sale (POS) devices procured by the lottery authority was inflated by about $10 million.

The documentary had suggested that the price of POS devices was inflated by its Director-General, Kofi Osei-Ameyaw.

It suggested that the supply of these devices should have cost less than half of the contract sum of $25 million.

The National Lottery Authority (NLA) has rubbished the claims.

“The National Lottery Authority(NLA) is very disappointed at the unprofessional and unethical conduct of Joy News/Joy FM and Multimedia Group Limited over unfair, untrue and biased reports on the Procurement of NEXGO Android Point of Sale Terminals by the Authority. First and foremost, the whole content of the documentary is baseless and without any iota of truth,” the Authority stated in a statement.

Is swimming after eating advisable