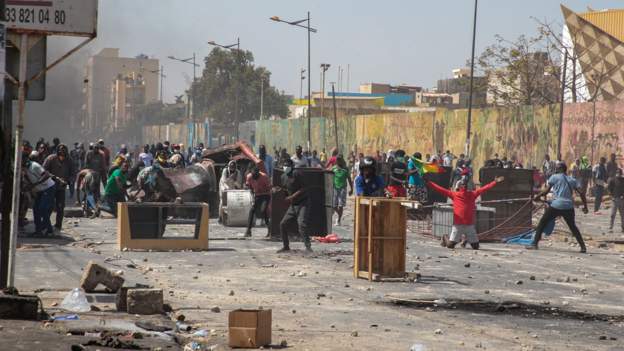 A new round of protests has been planned in Senegal from Monday as opposition leader, Ousmane Sonko, is expected to make a court appearance in the capital, Dakar, following his arrest last week.

Mr Sonko is set to face questions about a rape charge, which he says is politically motivated.

The arrest of the opposition leader sparked days of unrest. Five people, including a schoolboy, died during the demonstrations.

It’s the worst violence for years in Senegal, a stable country in a volatile region.

Opposition supporters set fire to cars, looted shops and hurled stones at police during the anti-government protests, which have also highlighted grievances over falling living standards during the pandemic.

Schools have been ordered shut for a week.

US warns of ‘active threat’ over Microsoft attack

US warns of 'active threat' over Microsoft attack