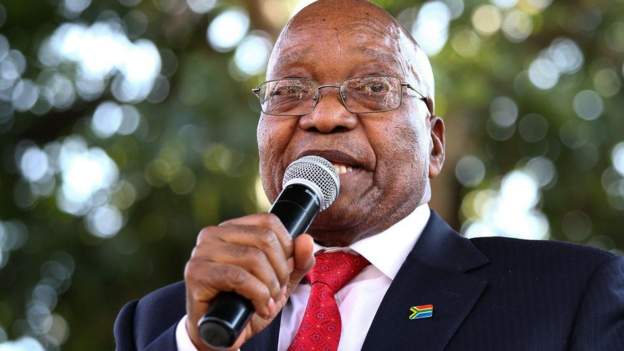 Mr Zuma has ignored summonses to appear before a commission of inquiry being chaired by Justice Ray Zondo to answer corruption allegations – saying he believed that Justice Zondo was biased against him.

The country’s highest court in January ordered him to appear before the commission, but he ignored the order.

On Thursday, the commission’s lawyer Tembeka Ngcukaitobi said Mr Zuma’s failure to comply with a court order was “deliberate and cynical”.

“His conduct must be seen for what it is. We are dealing with a cynical manoeuvre to avoid accountability.”

The lawyer said a two-year jail term they wanted imposed on Mr Zuma would show the level of seriousness of his actions.

The court is expected to make its ruling at a later but undecided date.

Mr Zuma, who has testified only once before the commission of inquiry before walking out, did not attend Thursday’s court hearing and neither did his lawyers.

Allegations of corruption dogged Mr Zuma’s presidency and led him to resign in February 2018. He denies the allegations.

WHO urges fairness in Covid-19 vaccine access for Africa