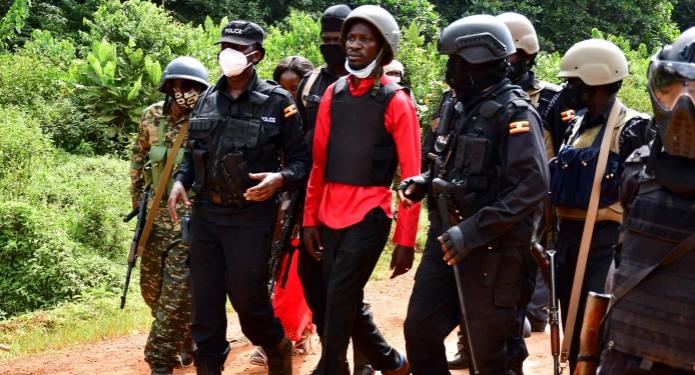 Ugandan politician and former presidential candidate Robert Kyagulanyi, popularly known as Bobi Wine, has been arrested in the capital, Kampala.

He was leading a team of MPs from his party, the National Unity Platform, in a protest against arrests and disappearances of supporters in the period leading up to, during, and after the highly contested January election.

Security forces have fired tear gas to disperse the crowd that was marching with the politicians.

In a virtual address on Sunday, Bobi Wine called on his supporters to use peaceful means to protest against the election results – which he continues to claim were rigged, and to demand that security forces produce their missing colleagues.

His arrest from a campaign rally in November kicked off two days of protests during which over 50 peopled died.

UPDATE: NUP president @HEBobiwine has been arrested near City Square in Kampala as he led what he called a peaceful protest, demanding the release of NUP supporters who are still missing to-date.#MonitorUpdates