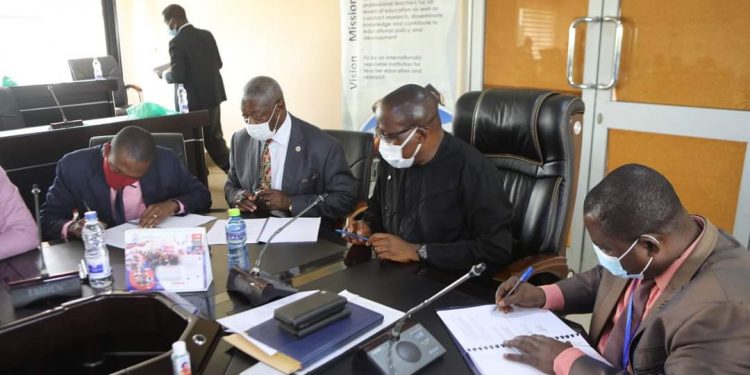 The Vice-Chancellor of the University of Education, Winneba (UEW), Rev. Fr. Prof. Anthony Afful-Broni, has reiterated management’s belief in the relationship of mutual respect and co-participation by which it has grown its affiliate institutions over the years to shape the human capital of the country.

He said that the duality that undergirds the engagements, activities and actions with affiliate institutions rather than a master-servant relationship, has ensured co-construction and learning from each other’s experiences to grow and create value to their respective mandates.

The Vice-Chancellor was speaking at a special ceremony held at the Council Chamber, North Campus, UEW, to renew the Memorandum of Understanding (MoU) with ten of the university’s affiliate institutions.

These affiliate institutions were the Advanced Business College, the BlueCrest College, the DHI College of Health and Education, the Entrepreneurship Training Institute, the Golden Star College of Education, and the Jackson Educational Complex. 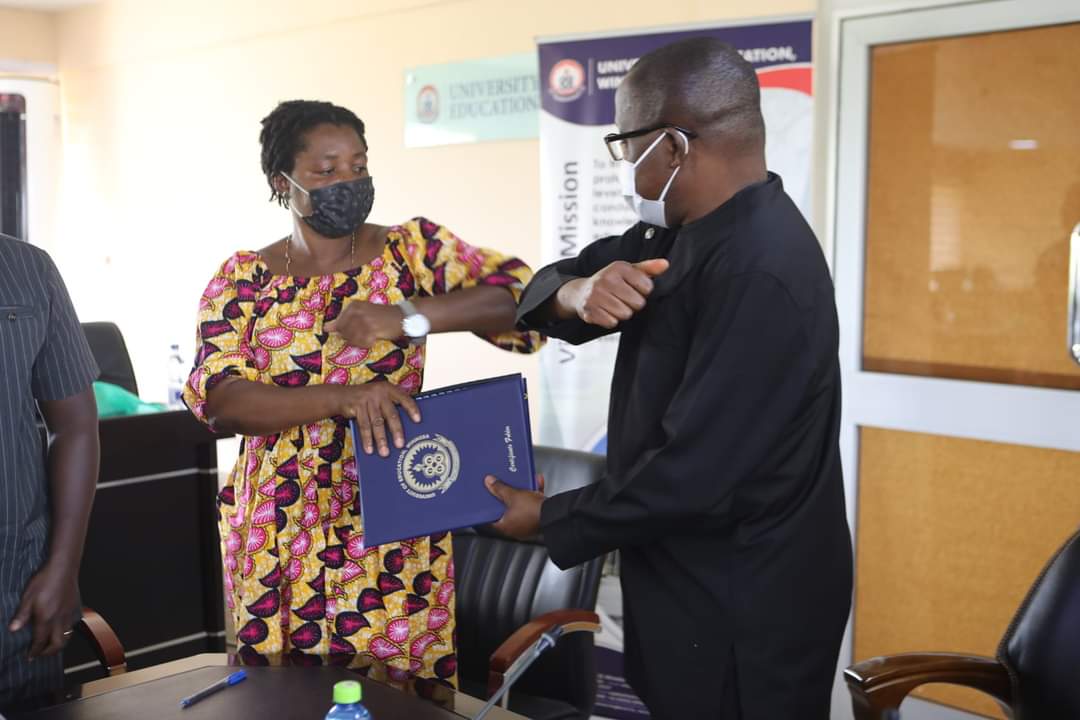 “Two years ago, the Academic Board decided to halt accepting new affiliate institutions. This was because we didn’t want to just have the numbers. We wanted to concentrate on the few that were with us so that we could give them the quality services they expect from us. We would have doubled the numbers by now if we’re just interested in the numbers. Sometimes, if you are not careful, you may be expanding at the cost of quality and we have cautiously guarded against that,” he stressed.

The Registrar of the University, Surv. Paul Osei-Barima, Esq., who addressed attendees on the purpose of gathering, averred that the relationship between a university and its affiliate institutions is a significant mark, a deed that marks out the institutions for their mandate, adding that every university college goes through a process of mentorship in areas of academic matters till it gains autonomy. 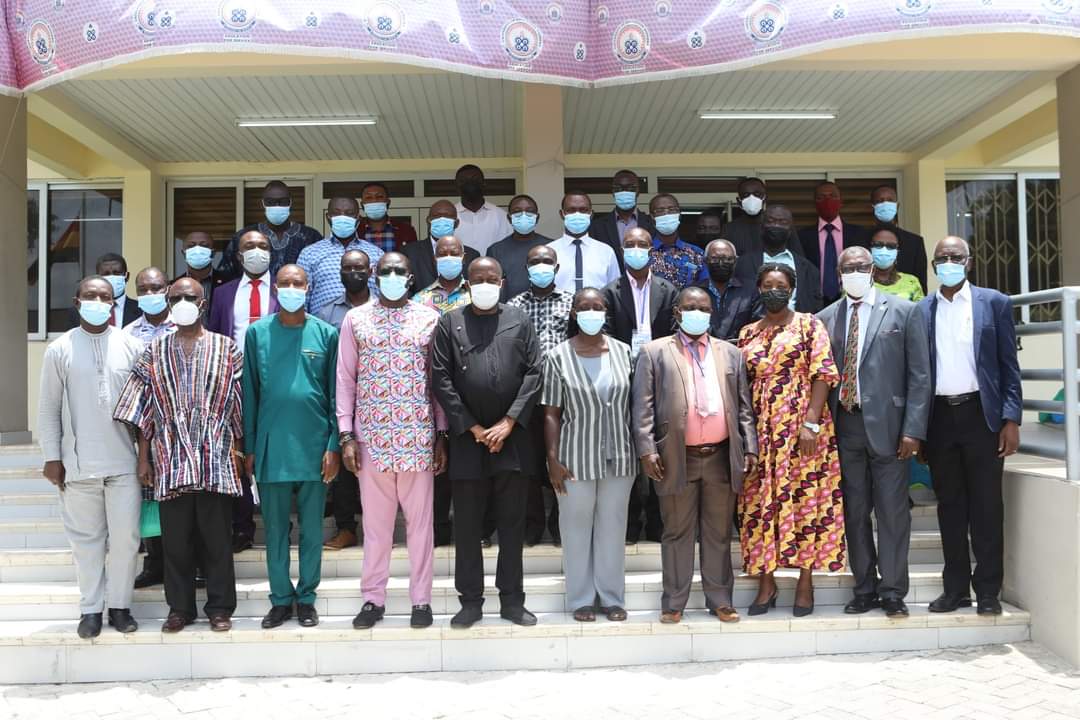 He said that mentoring institutions is a special area of industry in the development of the country which confers a godly responsibility on the mentor and the mentee in actively shaping the human resource base of the country, in a manner that invokes pride and inspires hope in the future leadership of the country.

“Just look at a huge name in the stature of Prof. Agyeman Badu Akosa of Entrepreneurship Training Institute, humbling himself for mentoring by a university which was established when he already was a professional practitioner but because he knows how universities operate, he understands that this process must take place and has humbly subjected himself to it,” he said.

The affiliate institutions contributing to the discourse at the ceremony expressed satisfaction and gratitude for the quality of work done by the university and the relationship that existed between them under the previous MoU. 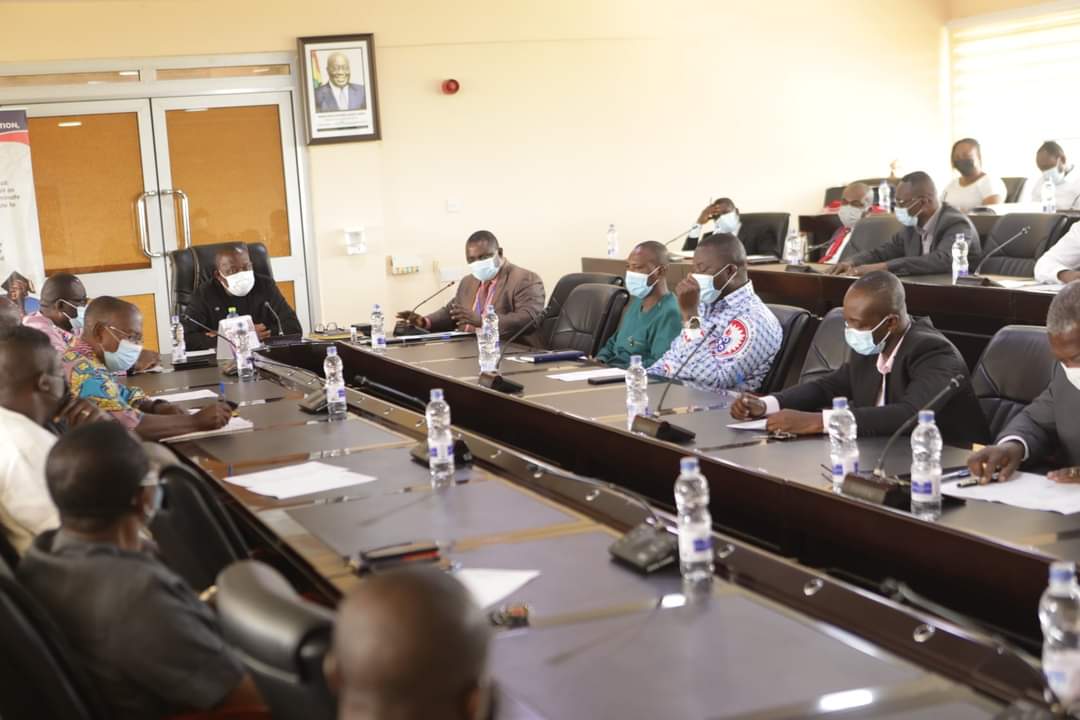 They, however, raised a few concerns with the relationship and prayed both sides to work to improve those areas.

They also promised to apply themselves to ensure that they attain the standards required of them.

“Somehow the affiliation helps because most people invariably prefer the traditional universities to ours. So, we know the worth of affiliations. We will want to discuss some issues on the affiliation, as it’s common with such relationships. As far as I am concerned, we are very happy to be an affiliate institution,” Prof. Agyeman Badu Akosa affirmed.

The management of UEW addressed the issues that could be dealt with immediately and promised to work with the affiliate institutions in resolving the other ones.