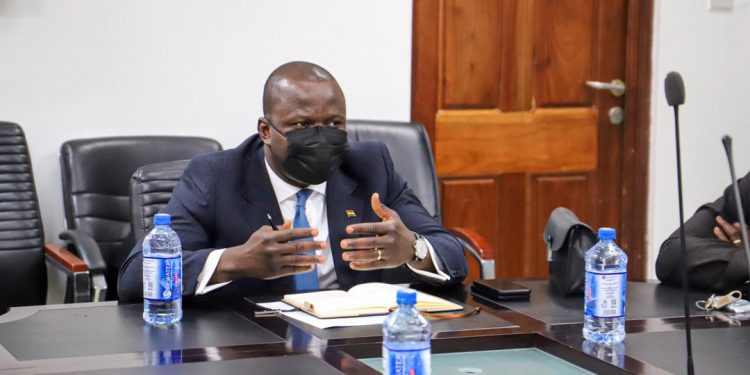 The Minister of Lands and Natural Resources, Samuel Abdulai Jinapor, has justified the burning of seized excavators used for illegal mining in some parts of the country.

As part of efforts to end illegal small-scale mining also known as galamsey, in forest reserves and water bodies, the government deployed hundreds of soldiers across the country to end the menace.

The deployed soldiers have, in some instances, burnt excavators and other equipment used for illegal mining activities.

This move has been condemned by some Ghanaians who believe the excavators can be put to better use, to develop communities and create value for the economy.

Mr. Jinapor however defended the burning of excavators, insisting his outfit will use any means necessary to curb illegal mining.

“They are demobilizing the excavators and making them incapable of being used for the illegality they are involved in. What will an excavator be doing on River Pra or River Offin? The destruction you have seen [only means that] extraordinary times require extraordinary measures,” the Minister told Citi News.

The Minister also denied claims that he has extended mining leases and licences of certain mining firms since he assumed office this year.

Some small-scale mining firms claimed they had received mining leases from the Ministry in a bid to stop the destruction of their sites by the anti-galamsey taskforce.

Mr. Jinapor however said the assertions are false and should be disregarded.

“I am perplexed by that because I was sworn in as Minister on 5th March, and since I became a Minister, I have not signed or extended any mining licence, so I am surprised about it.”

COVID is surging in the world’s most vaccinated country. Why?