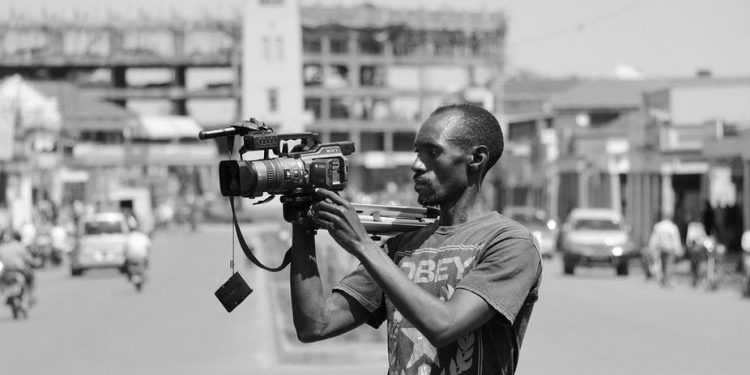 Between 1957 – the year Ghana won independence from British – and 1992 the country had three civilian heads of state interspersed with several military rulers. But that year it finally embraced democratic rule and adopted a constitution.

One of the areas of protection the new constitution offered was the independence of the media and of expression. But are these enforced? And has the media felt their positive impact?

In my PhD thesis published four years ago I explored whether Ghana’s constitution had lived up to the promise set out in Chapter 12, Articles 162 and 163 in relation to media freedom. I concluded that though the Ghanaian Constitution had made some positive impacts, there were still some shortfalls. These included the media’s lack of a right to information.

I also observed that archaic laws still existed in the statute books and that the courts were imposing huge court fines which were crippling media outlets.

Two years ago I published a study that showed that the constitution had indeed marked a turning point for media liberalisation. It led to increased private ownership participation and broke the “culture of silence” around particular subjects.

The issue of media freedom, and the ability of journalists to be able to do their jobs without fear, has been in the headlines again recently following the arrest of two journalists by members of the national security forces. Emmanuel Ajarfor Abugri and Emmanuel Britwum, who work for ModernGhana, were accused of hacking competitor emails as well as writing articles deemed offensive to the minister of national security.

Kwaku Addi, the Publisher of private newspaper, TodayGhanaNews recently expressed concern about recent attacks – including this one – on the media. He listed the fact that journalists had been assaulted, kidnapped, beaten and lynched. He also mentioned the fact that many media houses had been closed down . He wrote:

135 critical media houses have been closed down, including Radio Gold and Radio XZY, two journalists killed (Ahmed Suale and a lady in Ahafo Region), one investigative journalist (Manasseh Azzure Awuni) has been forced into exile, and one reporter in Upper West region (Emmanuel Adati) is in hiding to save his life.

These trends show that the 1992 constitution had good intentions. Yet the state continues to capitalise on what it calls the “national interest” and “national security” to justify taking steps that amount to suppression of the media.

Prior to the passing of the 1992 constitution none of the country’s laws guaranteed media freedom in such extensive terms. This freedom covers all Ghanaian and gives the legal basis to challenge efforts to curtail media freedom. The constitution also led to dramatic changes in the landscape.

Prior to its passing, Ghana media had been dominated by well-established state-owned media houses. The constitution enabled growth in the private media sector as the newspaper licensing law was repealed, opening up the newspaper space. Private radio stations and television stations also sprung up. This in turn opened the door to much more critical coverage and debates.

Local radio stations and newspapers with national coverage rapidly sprang up and were accessible to almost every district of Ghana. This meant that front-page news exposing corruption in Ghana became common. And journalists began to ensure that the public was fed information about government, businesses and other state interests in a way that opened these sectors to scrutiny.

The phasing out of government monopolies ushered in a new era of free expression. Ghana’s informal environment began to expand due to press liberalisation in ways that previously were unimaginable.

These developments confirm the assertion that a symbiotic relationship between media freedom and democratisation does exist.

But the paradox of the country’s constitution is that Ghana continues to have laws that can be used to curtain media freedom. One example was the Criminal Libel Law which remained in place for nine years before its abrogation after fierce protests.

A another example is that it took until this year for the country to pass a right to information law . This will only come into effect in 2020.

This goes to show that media freedom was granted with unwilling undertones.

Other archaic laws remain on the statute books. These include the Official Secrets Acts, Emergency Powers Acts 472 and the Criminal Code 1960. These laws allow the judiciary and other state agencies – like the police – to hinder a true expression of press freedom.

Another thorny and unresolved issue is the role of National Media Commission. One of its functions is to promote and ensure the freedom and independence of the media. Even though it’s existed since 1993, it has been incapacitated by a weak enforcement framework.

This leaves open the question of who fights for the fourth estate in Ghana.