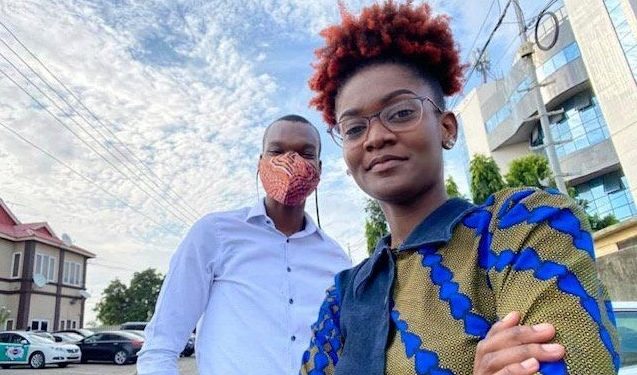 Officials of Citi FM and Citi TV have met with the fact-finding committee set up by the National Security Ministry to investigate claims of assault and violation of rights against two of its journalists and the invasion of its premises in a Rambo-style by heavily-armed SWAT police officers and some operatives of the ministry.

The ministry announced on May 13 that it had initiated investigations into the matter.

Meanwhile, Citi FM on Monday officially petitioned the National Media Commission to investigate the May 11 raid on the station and the abuse of its journalists.

Caleb Kudah was arrested and detained on Tuesday, May 11, 2021, for taking pictures of some abandoned vehicles parked at the National Security Ministry.

After his release, his report of how he was brutalised and tortured by operatives of the Ministry while in their custody together with the Gestapo-style invasion of Citi FM/Citi TV by gun-wielding SWAT men to arrest Zoe Abu-Baidoo for receiving some photos from him while at the Ministry sparked public outrage.

Many organisations have condemned the attack and called for reforms at the ministry.

The meeting was part of the internal investigations announced by the Ministry of National Security into the incident.

Mr. Kudah was at the Ministry to verify a claim by an official of MASLOC that all the cars had been given out when he was arrested.

This was after Caleb Kudah had earlier complained about the wastage of public funds on social media.

“We have a very serious interest in this particular case because it affects all of us, and we are going to follow it through. We are also going to make a public statement on it. Wrong is wrong, and right is right. Right must be promoted, not the wrong. So we are in this struggle with Citi FM and Citi TV.”

“It is a struggle for all of us to do the right thing. Even in advanced countries where the security apparatus still treat some of its citizens very poorly and in a very indecent manner, I think we should do everything within our powers, so it is not replicated in our country. So we are with you and wish you the very best as we engage in this advocacy,” he added.