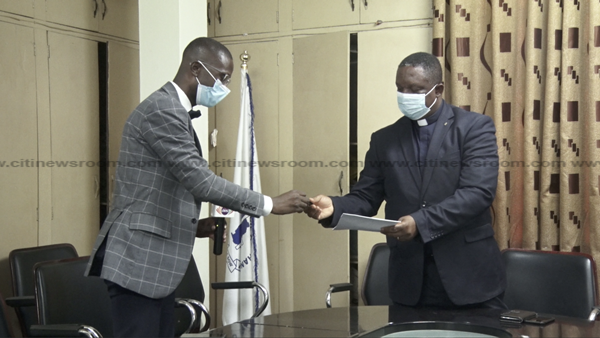 Last Tuesday, Mr. Kudah was arrested by National Security personnel for filming abandoned vehicles at their premises and was subsequently assaulted during interrogation.

The operatives also raided the premises of Citi FM and Citi TV to pick up a colleague journalist, Zoe Abu Baidoo-Addo, who had received the files captured by Mr. Kudah on her phone.

Management of the media house formally notified the Christian council on the matter after invoking the jurisdiction of the National Media Commission, NMC, to probe the matter.

“We have a very serious interest in this particular case because it affects all of us, and we are going to follow it through. We are also going to make a public statement on it. Wrong is wrong, and right is right. Right must be promoted, not the wrong. So we are in this struggle with Citi FM and Citi TV.”

“It is a struggle for all of us to do the right thing. Even in advanced countries where the security apparatus still treat some of its citizens very poorly and in a very indecent manner, I think we should do everything within our powers, so it is not replicated in our country. So we are with you and wish you the very best as we engage in this advocacy.”

About 15 organizations including civil society organizations and political parties have condemned the incident and backed calls for investigations, whiles calling for reforms in the national security setup.

Citi FM and Citi TV have specifically petitioned the NMC to use its mandate under the constitution that enjoins it to ensure the safety of journalists, to investigate or cause to be investigated the two incidents, and recommend appropriate actions.