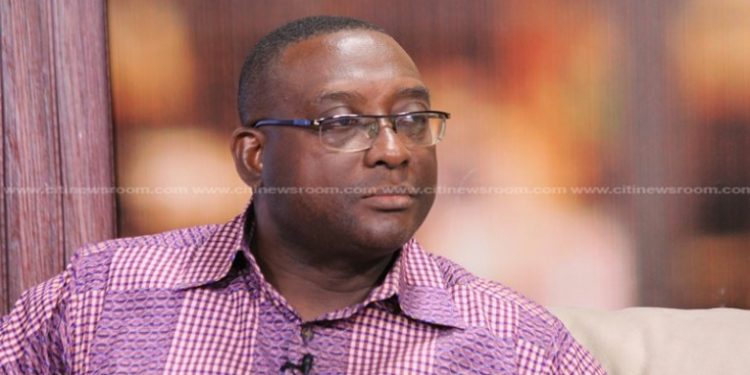 The Director of Communications for the governing New Patriotic Party, Yaw Buaben Asamoa, has condemned the assault of Citi FM and Citi TV reporter, Caleb Kudah, by National security operatives.

Caleb Kudah, who was arrested a week ago, was assaulted by the National Security operatives, an incident which has been widely condemned by many Civil Society Organizations, members of the public, and political parties, including the opposition National Democratic Congress.

Speaking to Citi News after a press conference on the management of the country by the Akufo-Addo government, Yaw Buaben Asamoa said the assault was uncalled for.

“What happened to Caleb Kudah by way of physical assault is very unfortunate because I believe that we have gotten to a point where immediate physical approach to law enforcement has become a thing of the past.”

He however said the conservation as to whether or not Caleb Kudah did the appropriate thing should not be shelved.

“We are in a democracy, the standards are very extensive and we are still developing, so the normative issues about whether he was right or wrong are still at play. Journalism can be enthusiastic, but it must still be responsible.”

“It is only natural that certain security installations will be fixed by the government, but to breach that, and hope that you will fall outside the exemption, on the ticket of seeking the public interest creates a difficult situation. Who determines the public interest?” he asked.

Mr. Kudah was arrested at the National Security Ministry on Tuesday, May 11, 2021, for filming abandoned MASLOC vehicles parked at the premises of the ministry.

He was at the ministry to verify a claim by an official of MASLOC that all the cars had been given out.

This was after Caleb Kudah had spoken about the wastage of public resources.

This was because Caleb had forwarded some of the footage he captured to Zoe via WhatsApp.