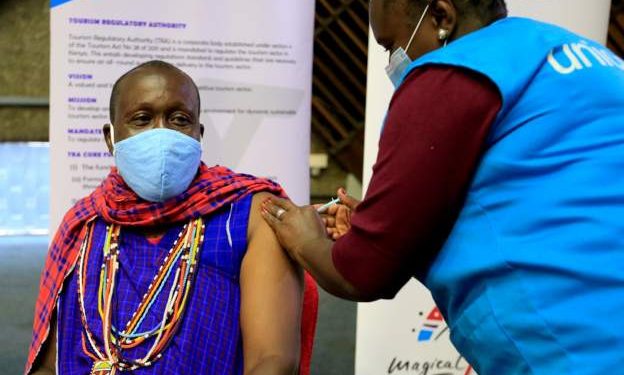 There are concerns that the European Union’s vaccine passport programme could exclude people who have been given a version of the AstraZeneca coronavirus vaccine that was made in India.

Most of the vaccines supplied to the Covax scheme, intended to get the jab to poorer countries, have been from India.

The head of the African Union’s vaccine delivery programme, Dr Ayoade Alakija, told the BBC’s Focus on Africa programme that she hoped the EU exclusion was an administrative error.

But she said she was concerned that “what it feels like here is there’s a two-tier vaccine system”.

The EU is set to introduce its Digital COVID-19 Certificate on Thursday, but only four vaccines – all made in Western countries – have been approved for inclusion.

The head of the Serum Institute of India, which is licensed to make the AstraZeneca shot, known in India as Covishield, has tweeted that he has taken the issue up “at the highest levels”.

I realise that a lot of Indians who have taken COVISHIELD are facing issues with travel to the E.U., I assure everyone, I have taken this up at the highest levels and hope to resolve this matter soon, both with regulators and at a diplomatic level with countries.

The Reuters news agency says the EU has not responded to requests for comment.

Just under 1.5% of all the vaccines administered globally so far have been given in Africa, which accounts for more than 15% of the world’s population.

‘I’m not interested in buying the Ghanaian press’ – Akufo-Addo

'I'm not interested in buying the Ghanaian press' - Akufo-Addo