An open letter to Nana Addo Dankwa Akuffo Addo, the father for all 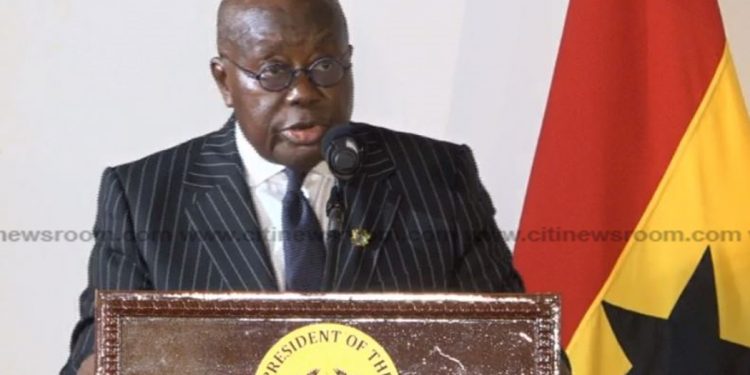 Ordinarily as your son I should be able to able to talk to you face to face as is expected between father and son, however it has been increasingly difficult to reach you these past few weeks. You have been holed up in your office and I assume you are working hard for the good of the nation and not making it worse as your detractors claim.

Daddy I am forced to write this to you because honestly things are not going on well in the country, I may not be an expert in governance but when the general population is left grumbling and ruing electing you then there certainly is a problem.

Daddy it is not for nothing that the people of Ghana in previous years have held you in such high esteem and saw you as the beacon of hope to take the nation to greater heights. Your various campaign messages inspired the nation and gave us a glimpse of what could be. You campaigned on the principles of probity and accountability, an incorruptible person, gender activist and a true patriot.

Sadly, we have seen the opposite. The once triumphant bellow of “we have the men” has been replaced with a louder whisper of ‘they don’t have the men”. Much as we would like to believe you are surrounded by people with the necessary expertise to properly govern we are ever so reminded by your recent appointments that it is only the same group of people occupying positions of power in your government. Daddy that in itself is not a bad thing but what happened to rewarding hard work and giving the youth an opportunity to govern.

Daddy what happened to all people having a welcome place in your government, so far it seems its only my uncles, aunties and cousins I see getting positions. I thought you were against family and friends governments? The people who voted for you thought so too, please do not prove them wrong. I know this is your last term so you shall be ruthless with reshuffles to remove underperforming appointees and not carry everyone like you did 4 years ago.

Daddy I know you’re not corrupt and you taught me not to be corrupt, but the way members of your administration are being fingered for engaging in corrupt practices is quite alarming. The part I find difficult to reconcile is how no action is being taken to deal with these allegations. Why are they being swept under the carpet? As my mates will say daddy your silence is deafening

Daddy you once campaigned against the high cost of fuel in the country, currently the price of fuel is at an all-time high with no reduction in sight, as if that is not enough with the coming into force of the Energy Sector Recovery Levy and the Sanitation and Pollution Levy we can only be assured of further increases. It is understandable that coming out of the pandemic our debts would have increased and reduced our ability to service our debts but is it not too early to impose this on the citizenry you care so much about? I don’t want to believe that it is. With taxation accounting for a greater percentage of the increase, are we not overburdening the people as you swore not to.

Daddy it’s the year 2021 and we are still battling with dumsor, let’s forget the semantics and call it as you described it in 2012 the constant going on and off of the lights. Daddy your supporters in Kumasi are being subjected to dumsor again 4 years after you had solved it with no reasonable explanation in sight. There is no timetable for the them either and yet they continue to suffer in the darkness.  All this does is bring back painful memories of life in 2015, the whole reason why they voted for you, are you going to leave them disappointed daddy I know you surely will not.

There are a myriad of problems facing water supply in the country, I was shocked to hear that in tema of all places people have not had access to water for weeks. The same can be said for most parts of the country, I really hope this does not become something we have to deal with for the next 4 years.

In 2017 you staked your presidency on the fight against illegal mining in the country, Daddy the least said about that fight the better. We lost Sgt. Mahama to that fight and after losing that young man we went back to sleep. How am I supposed to hold my head up high when a few months into the fight the excavators that were seized as part of the fight went “missing”. Daddy are we serious about this fight if these excavators found their way back onto these illegal mining pits?

Operation vanguard is back and officials are on the field “fighting” galamsey again, are we to expect a repeat of what happened four years ago or are we expect something different. How are we fighting galamsey if there is still a market for illegally obtained gold it, how are we fighting galamsey if we are not giving the youth an alternative means of making money, why is it more profitable to destroy the earth instead of cultivating crops to sustain the country.

I have been a stern defender of your works and even I must admit daddy that there is a culture of silence growing in this country. People who speak up against acts of the government are either sidelined or moved to the periphery. Daddy why does the one member of the Danquah Institute who spoke against the MPS deal have a position in your government now? Why is auntie black kofee saying all those nasty things about you? Why are journalists afraid to report on what is happening in Ghana?

I want to believe that the man who had libel decriminalized and had the Right to Information act passed during his tenure does not want his administration to be tagged as an intolerant one. After all daddy on 7th January, 2017 you asked us all to be citizens and not spectators, how can we do that if we are afraid to speech out. I know you appreciate criticism and feedback so I doubt you are the one who is sending out “attack dogs” after your critics.

It seems I could go on and on about what I feel is wrong but it’s not all gloom and doom, we are making some strides in developing, we are embracing the 1D1F well, and increasing our agricultural production but that isn’t enough.  Your people want to see infrastructural development, the roads, hospitals, schools must be there for people to use.

I do hope that the 111 hospitals you promised to build comes to fruition, it would be most embarrassing if you are not able to do it. I know you as the head of this house you are responsible for our physical and spiritual development. I also know that in line with our spiritual development that you proposed building a cathedral. But daddy honestly a cathedral is not a priority for people who are in need of good roads, water, stable electricity and other basic amenities.

If the body is weak what energy will the people use to worship in the cathedral, have we been able to develop our tourism industry in such a manner to be able to get the needed buzz in visiting the cathedral, Daddy we know the answer to this is a resounding no. I would humble plead that if it is possible the funds for this venture be diverted elsewhere, there are so many places that even $5 million of the project $100million can be used.

Daddy your people miss hearing from you, you were in our homes every Sunday at 8pm to tell us what was happening in the country. Even if we were scared hearing “Fellow Ghanaians” put a lot of people at ease. These addresses have ceased and it’s been dead silence from you.  Are we to believe you did that just because you were campaigning? We’ve made some headway in our fight with COVID-19, we have got almost a million people vaccinated, but we are not getting any updates from you. I know that if given the opportunity you would talk to us and tell us what your government is doing, so I entreat you, daddy let us hear from you more often.

I think I have said enough for now, I know you are a listening father and I am very proud of you and all you seek to do. I hope that you and your men and women make us proud and turn the fortunes of Ghana.