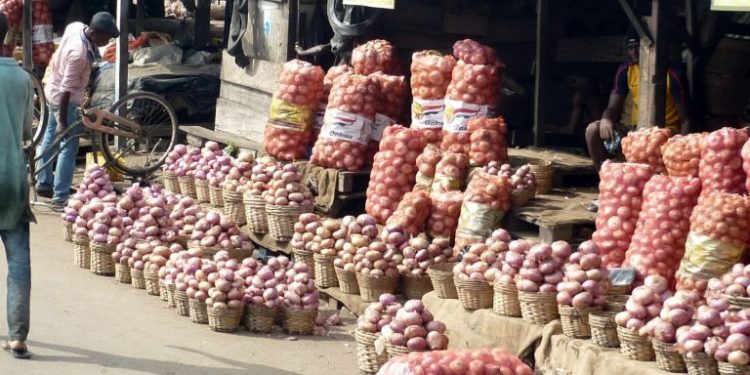 Some onion sellers at Agbogbloshie in Accra are appealing to the government to give them more time to adequately prepare for their relocation to Adjen Kotoku in the Ga West Municipality.

The Greater Accra Regional Minister Henry Quartey on Thursday, May 20, 2021, issued a seven-week ultimatum to onion traders in Accra to relocate from Agbogbloshie to Adjen Kotoku.

But as the deadline, July 1, 2021, draws closer, the onion traders want more time to adequately prepare for the move.

“It is unfair for the Minister to give us a short notice to relocate. We pleaded with him for more time, but he did not heed to it. Besides, the stalls that have been provided are not good enough for selling onions. We have not said that we’ll not move; we are only begging for more time to put things together,” a trader said.

Another trader said “1st July is a few days away, we won’t b ready by then. We are pleading with the Regional Minister to give us some more time.”

A new market was established at Adjen Kotoku over a decade ago in a bid to decongest the central business district.

That market however remains unused.

The Greater Accra Regional Minister, Henry Quartey, recently disclosed that he has uncovered a plot by some onion sellers to have him killed spiritually over plans to relocate the sellers to the abandoned Adjen Kotoku site.

Speaking on Accra-based NET 2 TV, Henry Quartey said nothing will stop him from doing his work as part of the ‘Let’s Make Accra Work’ campaign.

The Greater Accra Regional Minister, Henry Quartey is embarking on the  ‘Let’s make Accra Work‘ campaign to improve conditions in the national capital.

He has so far met administrative officers in the region and has instituted some other initiatives to realize the agenda.

Mr. Quartey has also intimated that under his leadership, the Greater Accra Regional Coordinating Council (RCC), would strive to provide lasting solutions to developmental challenges in the region and ensure its swift transformation into a national capital of repute.

The Minister has promised to put an end to trading along major streets in Accra as the activity generates a lot of filth.

These initiatives have won him the admiration of some Ghanaians.