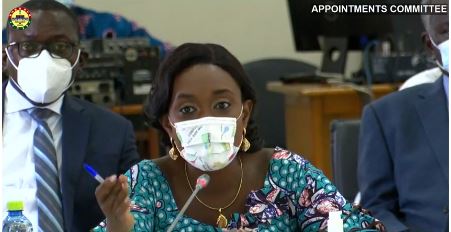 Ensuring an increase in the levels of productivity among Ghanaians will attract wages that match the work done by the average worker, the Deputy Finance Minister-Designate, Abena Osei-Asare has said.

She believes Ghana’s overreliance on the minimum wage as a means of remunerating employees, is a result of the low levels of productivity in the country.

The Deputy Minister-designate and Member of Parliament for Atiwa East, who has been re-nominated for the same position she held in President Akufo-Addo’s first term, was speaking during her vetting by Parliament’s Appointments Committee last Thursday.

Many players in the labour sector have decried the country’s continuous use of minimum wage, rather than employing a more efficient method of capping salaries of employees.

However, the Deputy Minister-designate believes “that as much as possible, we together can decide to increase productivity. It’s a conversation we should all have.”

“Once we increase productivity, I believe that the wages that we earn, or the wages that we pay our people, will not just be a living wage, but will be a wage that will be commensurate with the work we do,” Madam Osei-Asare stated.

This is in pursuance to the Labour Act, 2003 (Act 651) section 113 (1) (a), and comes after concluded negotiations by the National Tripartite Committee (NTC) on the determination of the National Daily Minimum Wage.

“In determining the new rates, the NTC took into account the impact of the Coronavirus (COVID-19) pandemic on the national economy, cost of living, sustainability of businesses and desirability of attaining high level of employment,” a communiqué following the negotiations stated.

The Committee urged all organisations paying below the minimum wage to ensure that they adjust their wages in accordance with the new wage, warning that organizations that flout the new rate will be duly sanctioned.