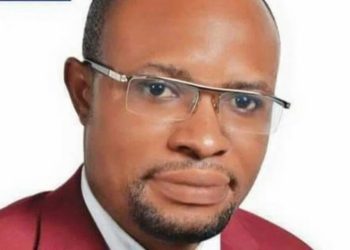 The former Member of Parliament for the Manhyia North Constituency in the Ashanti Region, Collins Owusu Amankwah, has urged Ghanaians to be patient with the Akufo-Addo-led government as it seeks to turn around the fortunes of the country.

In recent months, there have been massive criticism of the government regarding its management of the affairs of the country.

This gave birth to #FixTheCountry Movement which has been on a voiceforous campaign demanding that government addresses the country’s problems with better commitment and speed.

An attempt by the movement to demonstrate was however thwarted by a suit by the Police, which cited the threat posed by the covid-19 disease.

The movement has expressed its displeasure about economic hardship and the level of underdevelopment caused by successive governments.

The young wing of the NDC, however managed to stage what it called the ‘March for justice’ demonstration against the government’s handling of the economy as well as cases of abuse of citizens’ rights by some members of the country’s security agencies.

The latest conservation about the restructuring of emoluments for Article 71 officeholders to include presidential spouses, as well as the decision by government to give MPs loans to purchase cars for official use, have angered many more Ghananaians.

But Mr. Owusu Amankwah in an interview with the media, assured Ghanaians, especially the youth, that the country is in “competent hands.”

“Akufo-Addo’s administration is doing everything possible to turn around the fortunes of the country, and totally transform the socio-economic architecture of Ghana.  I am therefore humbly calling on Ghanaians, especially the youth to support the government to succeed,” he said.

Reacting to the intended demonstration by the organizers of the #FixTheCountry movement, Mr. Owusu Amankwah urged the youth not to “allow themselves to be used by the opposition NDC to destabilise the peace of the country.”

He charged them to rather channel their energies into providing alternative solutions to the challenges the country battles with.

“I am urging the youth to be steadfast, innovative, and take advantage of the government pro-youth policies and programmes,” he stated.

MPs, Council of State members to get $13.3M tax waiver on imported cars

1992 constitution worst in our history; it’s time to fix it – H Kwasi Prempeh

1992 constitution worst in our history; it's time to fix it - H Kwasi Prempeh