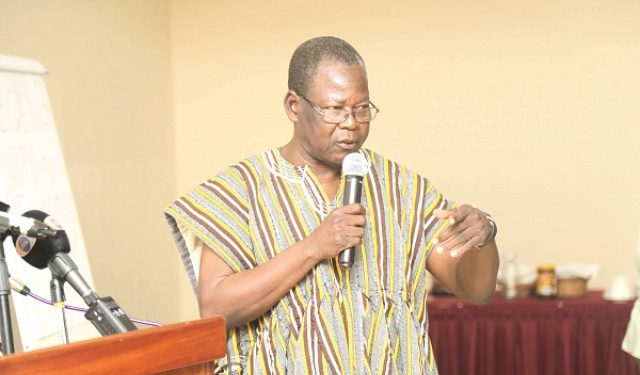 A former executive director of the Ghana Integrity Initiative, Vitus Azeem, is urging special prosecutor nominee, Kissi Agyebeng, to be cautious in his dealings if confirmed to occupy the position.

He said Mr. Agyebeng will most likely face challenges similar to what his predecessor Martin Amidu faced, and so must brace himself to overcome them if he is to succeed in the office.

According to him, while Mr. Agyebeng’s responses at his vetting on Thursday, July 22, 2021 were impressive, his major test will come when he officially begins work and is greeted with the different challenges that the office comes with.

“I think that he has started by raising the hopes and expectations of Ghanaians, especially on issues of being his own man and so on…[but] as a special prosecutor, you are not going to work alone, and you are going to depend on the government of the day [for resources]…. The points that he made are very good, very laudable pledges, but whether he will be able to go by them, whether he will be able to resist the pressures that come from all corners, that is my concern,” Vitus Azeem said.

The anti-corruption crusader said he envisages that Mr. Agyebeng, if confirmed as the new special prosecutor, may have challenges getting adequate resources and also getting pressures from various quarters.

“[The challenges] may not be different. They [government] may not give you the necessary money, they may not give you the go-ahead to recruit the number and quality of people you want. Then institutions that you may have to cooperate with may not be giving you the necessary information you need to do your work. The pledges [he made] are good, but he has to be cautious that he is not going to work alone,” Mr. Azeem said.

“We should not compare the two [Special Prosecutors], but there are certain things that have affected Martin Amidu that will also affect him. In terms of party pressures, family pressures, resources,” he added.

Meanwhile, Parliament’s Appointments Committee has unanimously decided to approve Mr. Agyebeng’s nomination. The committee’s report will be presented to the plenary, where a final decision will be taken whether Mr. Agyebeng should be approved or rejected.

All you need to know about Nigerian music sensation Orie King