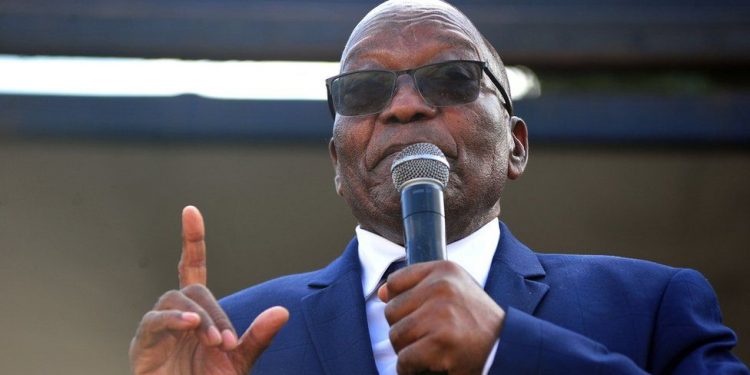 Supporters of South African ex-President Jacob Zuma have formed what they say is a human shield outside his home to try to prevent his arrest.

On Tuesday the constitutional court found him guilty of contempt for defying its order to appear before an inquiry into corruption.

He was ordered to report to the nearest police station by midnight on Sunday and begin a 15-month jail sentence.

Mr. Zuma has launched an appeal against the ruling.

Although the constitutional court has agreed to consider the challenge, Mr. Zuma remains at risk of arrest if he does not meet the Sunday deadline, analysts say.

Hundreds of supporters have been gathering outside his homestead in the eastern town of Nkandla this week.

“A messy confrontation would’ve ensued if police dared to arrest men,” said Jacob Zuma to hundreds of his supporters, who erupted in loud cheers and whistles.

His supporters dressed in Zulu traditional outfits, others in ANC T-shirts with his face on them, have been camping outside his home in Nkandla to form a human shield to prevent him from being arrested ever since the courts ruled Mr. Zuma should be jailed.

More arrived on Sunday, with many vowing to form a human shield to stop any arrest.