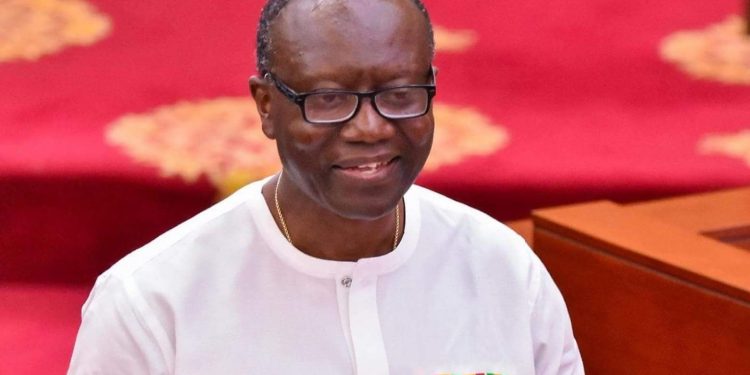 Although Ghanaians were expecting the Finance Minister, Ken Ofori-Atta, to request more money for the government to spend for the remaining months of 2021, he did no such thing.

He told Parliament that government will not spend beyond the GHS129 billion that was approved for it earlier in 2021.

“I am not here today to ask for more money. I have not come to ask for more taxes. I have come to update the House on the performance of the economy for the first half-year of 2021, and our plans for the unexpired term of the year, consistent with section 28 of the PFM Act,” he said.

The Finance Minister added that “this Mid-Year Fiscal Policy Review that I am presenting does not come with a supplementary budget, and our revised fiscal framework for 2021 is kept within the fiscal target of 9.5 percent of GDP. We are staying within the 2021 Appropriation.”

Mr. Ofori-Atta said this when he delivered the mid-year budget review in Parliament on Thursday, July 29, 2021.

Mid-year budget reviews have often come with supplementary budgets, with governments making requests to Parliament for additional funding to cover pressing expenditures for the year.

Last year, the finance minister tabled before Parliament a request for a supplementary budget of GHS11. 8 billion to support the government’s expenditure for the rest of the year 2020.

He at the time argued that the government’s projections for the 2020 financial year were largely affected by the economic implications of the Coronavirus pandemic, but it was hopeful of restrategizing to generate more revenue to revamp the economy.

In 2019, the government presented a Supplementary Appropriation Bill for the state’s expenditure of an additional GHS6.37 billion, which it said was to be used in settling debts in the energy sector.

Ahead of the presentation of the 2021 midyear budget review, some analysts had urged the government not to increase its expenditure or introduce new taxes, since that may further increase the financial burden on citizens.

Though data is yet to be released by the Ghana Statistical Service, according to the government, provisional data for the first quarter of 2021 showed that the recovery process from the Covid-19 pandemic is gaining some momentum and the targets for most of the macroeconomic indicators are largely on track.

The provisional fiscal data for the period between January and June 2021, showed that total revenue and grants amounted to GHS28.3 billion.

For the same period, total expenditure, including the clearance of arrears, amounted to GHS 50.6 billion, equivalent to 11.7 percent of GDP, against a programmed target of GH¢55.1 billion or 12.7 percent of GDP.