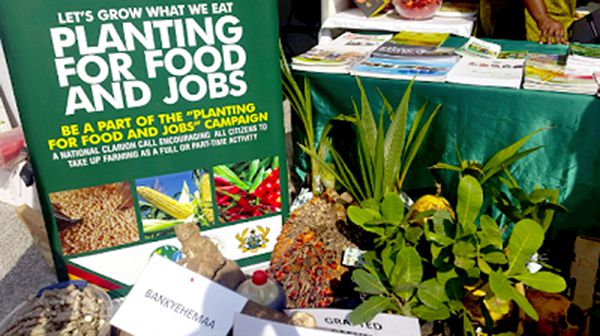 The Ministry for Food and Agriculture says efforts are being made to address the recent shortage of fertilizer across the country.

The technical advisor at the ministry, Emmanuel Asante Krobea, said the shortage of fertilizer, among other things, was caused by difficulties in the government being able to complete payment to companies that were contracted to distribute the products, due to the COVID-19 pandemic.

Speaking on Eyewitness News, he said the ministry is concerned about the situation and is doing all it can to address it as soon as possible.

“Because of this COVID challenge, the government has not been able to pay on time what is due to the contractors and gradually, the Ministry of Finance is doing its bit, but it is not enough to complete the payment,” he said.

He said the government is aware of the threats the situation poses to the flagship Planting for Food and Jobs programme and is therefore working frantically to resolve the issue.

“It is a challenge and a threat to the [Planting for Food and Jobs] programme, and I know that government will be responsive to it. Cabinet is having a retreat and I know this issue will definitely come up there.”

Reacting to claims by the General Agricultural Workers Union of Ghana (GAWU) that the situation will lead to food security challenges as there will be a food shortage in the country, Mr. Asante Krobea said he is confident that Ghana’s food security situation will not be threatened.

“I don’t think our food security will be threatened. It is not like fertilizers are not being distributed at all, the companies are distributing and farmers are receiving, but it is the pace that is worrying. I don’t know the indicators by which [GAWU] made their comment that food shortage is imminent,” he said.

He explained that although the major planting season has almost elapsed, some produce were planted and with regular rainfall, enough crop yields will be realized.

“As for food shortage, I don’t think that it will happen… We are aware of the situation, and we are doing all that we can to address it. I am hopeful that although there are challenges, we will be able to overcome them,” he told Selorm Adonoo on Eyewitness News.

With claims that fertilizer smuggling is a major contributor to the fertilizer shortage, Mr. Asante Krobea urged the public to support the various efforts put in place to stem the occurrence.

He said while the Food and Agriculture Ministry has a role to play in addressing the situation, the country’s security agencies that oversee activities along the borders also need to increase vigilance to stop the movement of Ghana’s fertilizer to neighbouring countries.”