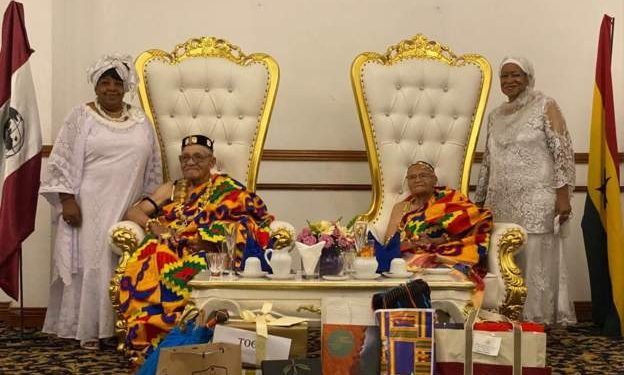 Two survivors of the 1921 massacre of black people in the US city of Tulsa have accepted the offer to become Ghanaian citizens.

“We accept it with great joy and we thank the president for this great honour,” said Viola Fletcher, aged 107, and her brother, 100-year-old Van Ellis.

They are currently visiting Ghana as part of a week-long tour of Africa to mark the centenary of the killings, known as the Tulsa Race Massacre.

About 300 Black residents of the prosperous Greenwood town then known as “Black Wall Street” in Tulsa, Oklahoma, were murdered and their businesses and homes destroyed by a mob of white people.

Viola Fletcher, known as Mother Fletcher and her brother Van Ellis, known as “Uncle Red”, have been in Ghana since Saturday – visiting historic sites including the Osu Castle Dungeon, where enslaved Africans were kept before being shipped abroad during the transatlantic slave trade.

They made emotional remarks there – decrying the horrors of slavery and calling for African unity.

They also laid a wreath at the tomb of the Pan-African human rights activist W.E.B. Du Bois, and paid a courtesy call to President Nana Akufo-Addo.

The centenarians said that they chose to visit Ghana because “it represents Africa.”

On Wednesday, they also visited the Nigerian Igbo community in Ghana where they were crowned honorary chief and queen mother.