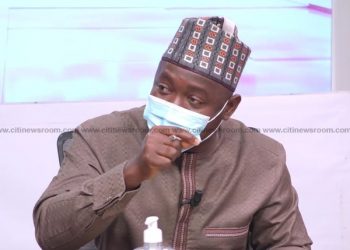 The Member of Parliament (MP) for Tamale North, Alhassan Suhuyini, is of the view that the government’s ambitious ‘Agenda 111’ hospitals initiative is not aimed at improving the country’s healthcare infrastructure as the latter makes it seem.

He argues that if the project was indeed focused on improving healthcare infrastructure after the country dealt with the pressures of the coronavirus pandemic, the government would have moved to complete abandoned hospital projects before starting new ones.

Speaking on the Big issue on Citi TV, Mr. Suhuyini said the initiative is a “mere rhetoric designed to score cheap political points.”

“The issue here should not only be about putting up infrastructure. The focus should not just be the infrastructure because that alone will not lead to improved healthcare. This government seems to be engaging in the usual rhetoric. It is not looking at addressing the infrastructural deficits we are faced with. If they were, they would have first taken up abandoned hospital projects and put them to use and also complete those they have already cut sod for such as the Shama District hospital, Nkoranza, and the La General Hospital.”

“We can move to talk about new hospital projects after these have been completed. But no, this is the usual rhetoric just for propaganda.”

According to the NPP, the NDC’s criticism and opposition to ‘Agenda 111‘ is borne out of the fear that it [NDC] will suffer another humiliating defeat in the next general elections because it suspects the governing party will ride on the massive health project to gather more votes in the 2024 polls.

Speaking at a media engagement in Accra on Friday, August 20, 2021, Communications Director of the NPP, Yaw Buaben Asamoa, hit hard at the NDC for the deliberate attempts to cast doubts on ‘Agenda 111’ given their “poor leadership and inability to improve the country’s health space”.