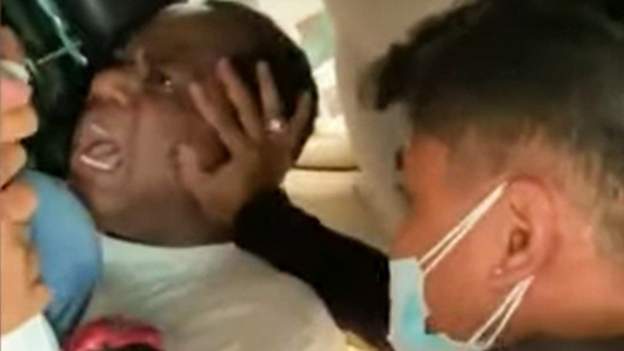 The Indonesian government has expressed regret over the incident in which some of its immigration officials were filmed assaulting a Nigerian diplomat in Jakarta.

Footage circulating on social media showed Abdulrahman Ibrahim, a consular officer based in the Indonesian capital, being held down in a vehicle by several men.

Nigeria called it “an egregious act of international delinquency by the Indonesian state”.

A statement by the Indonesian foreign ministry – made available to journalists in Nigeria’s capital, Abuja – said what happened on 7 August was an isolated incident and that it did not affect Jakarta’s commitment to carry out its obligations as a host country to diplomats.

The assault sparked outrage in Nigeria, with the government demanding punishment for the immigration officials.

Nigeria has subsequently threatened to review its bilateral ties with the south-east Asian nation.