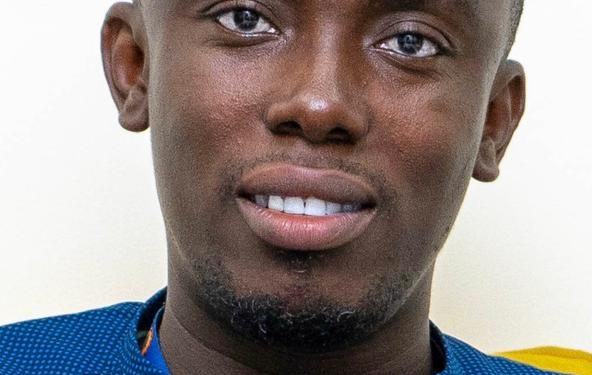 A story is told of a little boy Johnny, who got himself into some difficulty with his class teacher over undone homework. Where is your homework? The teacher quizzed.

Little Johnny replied I’m sorry sir, I couldn’t do it because there was noise at home.

Johnny then recounted: It was the television, it was making noise, so loud that I couldn’t have done it.

The teacher now confused retorted: Johnny, but you could have asked your parents to reduce the volume, not so? I couldn’t sir, because there was no one else in the room.

Suffice to say that this is the exact reflection of our attitude, especially for motorists, whenever there’s carnage on our road. It is interesting how wrongdoers blame everybody but themselves.

State institutions have consistently been held responsible for road carnages; for not doing their job well; for not enforcing road traffic regulations, and many others.

Passengers also tend to blame drivers for wrongful overtaking, and speeding, but themselves.

So who should really be held accountable for the carnage we see on our roads? May I suggest plausible actors?

Should it be that driver who is eager to achieve his daily revenue targets and make ends meet? Or that police officer who turns a blind eye to a traffic infraction? Or it might as well be that civil engineer who did shoddy work?

I know you may have already decided on who to blame; but whatever your decision is/was, one thing is certain in your mind, you are not a cause. Interesting, isn’t it?

It is an undeniable fact that road traffic crash is a major public health concern, responsible for the loss of precious human lives globally.

It is arguably among the gravest unannounced deaths in today’s contemporary world of improved transportation technology.

Addressing road collisions is critical for achieving the socio-economic agenda, and an improvement in a country’s life expectancy.

In Ghana, for example, concerns about road collisions have heightened within the past several months perhaps years, with many lives lost and properties damaged.

Our roads have become death traps. This is evidenced by several road safety issues such as poor road infrastructure, poor road network, and ineffective safety policies to poor enforcement of road regulations etc.

Data show that road collision is estimated to be the second cause of mortality in Ghana, with the first being malaria.

The Global Status Report on Road Safety estimates that globally, about 1.35 million people perish due to road collisions annually, while about 50 million sustain several degrees of injuries and disabilities.

With an increase in world population, vehicle ownership and average road trips, it is further estimated that in the foreseeable future, annual road traffic fatalities will increase by 65% (i.e. if current trends should continue unabated).

This situation could be attributed to a myriad of factors, but really, why the huge disparity?

With the subregion’s dependency burden of about 10%, more households and families are therefore prone to fall below the poverty line due to the loss of parents/breadwinners with the potentials for increasing streetism and alms begging which already is a canker in our cities.

A cursory look at Ghana’s statistics show, for example, from January to October 2020, Ghana recorded over 12,000 road traffic accidents involving over 20,400 vehicles.

The data revealed that within the same period, a total of 2,080 fatalities and 12,380 injuries were recorded.

Within the first half of 2021, a total of 1,454 deaths have been recorded. What is more troubling is that, our roads have claimed more lives than COVID-19 as of now.

Could the carnage on our roads be the new pandemic?

Who is to blame?

A plethora of studies have delved into the causes of road crashes, with much emphasis on Sub-Saharan Africa.

They cite a number of causes such as driver attitude, poor road infrastructure, and weak enforcement of traffic regulations among many others.

My daily observations reveal an astonishing level of indiscipline and blatant disregard for rules and regulations.

I’m always baffled how men, women and children risk their lives along the motorway. With the poor functioning of street lights, crossing that stretch during late hours is likely not to catch the eyes of unsuspecting drivers.

Indeed, not a day, week or month passes by without casualties on the motorway.

Illegal human activities have also rendered our roads unsafe for motorists and other road users.

For example, the increasing number of illegal speed ramps on our major roads pose serious threat to motorists, particularly at night.

How then could one blame state institutions for this when many communities have improvised in constructing unsafe speed ramps?

What about many of our commercial vehicles popularly known as “trotro” which have outlived their lifespan but still plying our roads?

Do we blame the Police or the DVLA? Evidently, such vehicles are not roadworthy and lack maintenance and proper functioning braking system. This should not be countenanced.

Oops, what about the famous Okada business and their blatant disregard for traffic regulations. Who do we blame? Have you also noticed that, the red light and other road regulations do not apply to them?

Dear friends, if there’s anything worthy to think about, think about these issues and draw your conclusions.

I fervently hope that, unlike Johnny, we absorb part of the blame moving forward. Drive safely.

Over 11,000 people inoculated with Johnson and Johnson vaccine in Ashanti Region

Over 11,000 people inoculated with Johnson and Johnson vaccine in Ashanti Region