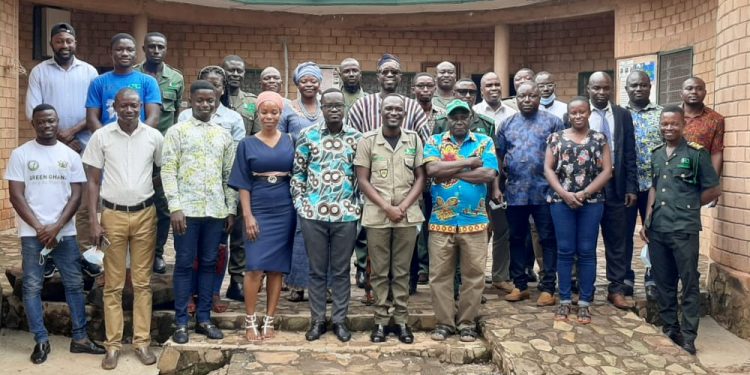 Some Non-Governmental Organisations (NGOs) and civil society groups (CSOs) have been commended for their contribution towards the conservation of one of Ghana’s famous tourist sites, the Mole National Park.

The manager of the park, Ali Mahama, speaking on the sidelines of a forum on synergizing the efforts of stakeholders in managing the park, said the work of the stakeholders has been critical for the park’s sustenance.

Communities along the park, NGOs and CSOs, have been crucial in conserving the natural resource.

To enhance collaboration between the park and the CSOs, authorities of the park organised a forum on the need for effective collaboration to sustain the tourist attraction.

Speaking to Citi News, the Park Manager, Ali Mahama, commended the CSOs for the role they play in protecting the park.

He said the NGOs and CSOs work in supporting and educating community members around Mole about the importance of the park and the need to preserve it.

“The NGOs and CSOs that are around Mole are doing fantastic, they are doing very well in helping to educate people about the importance of conservation. There are also many livelihood interventions that these NGOs are helping the people that are living around the park with so that they can take out their minds from illegally exploiting the natural resources that are within their environments and sometimes within the Mole National Park.”

Mr. Ali said the forum with the stakeholders is aimed at improving collaboration between the park and the CSOs to better protect it.

“The forum is the step for us to build a cordial relationship with the NGOs, with the CSOs that are working around the Mole enclave or the Mole Ecological landscape. Since we have this collaboration and cooperation, I know we will move efforts to conserve Mole and its environs, to another level.”

The park is managed mainly for its outstanding natural, physical, historical, and cultural benefits. It covers an area of 4,577 km2 of fairly undisturbed Guinea savannah in the northern part of Ghana.

Mole is rich in biodiversity and home to some 742 vascular plant species, over 90 mammal species including 5 primate species, of which species of conservation and tourist interest include Elephant, Buffalo, Kob, Western Hartebeest, Roan Antelope, Defassa Waterbuck, Oribi, Bohor Reedbuck and Red-flanked Duiker.

The Park is also home to 334 bird species, 33 reptiles, 9 amphibian species, and some 120 butterfly species.

Mole Park has the most viable elephant population in Ghana, and as such, is a hotspot for elephant conservation.

It is also said that the Park has a unique breed of elephants, which are not hostile, not aggressive, or insecure, compared to other elephant populations in the rest of Africa.

This makes Mole one of the most visited sites for tourists in Ghana.