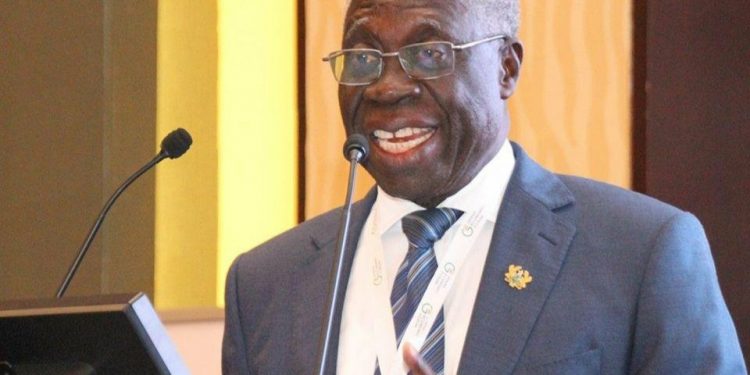 Senior statesman and Special Advisor to the President of Ghana, Yaw Osafo-Maafo, has commended the Minister for Trade and Industry, Alan Kwadwo Kyerematen, for spearheading Ghana’s successful bid to host the headquarters of the African Continental Free Trade Area (AfCFTA).

Addressing participants of the ongoing 2021 Ghana Industrial Summit and exhibition at the Accra International Conference Centre (AICC), Mr. Osafo-Maafo revealed that Kyerematen is among those who initiated, drafted and ensured that AfCFTA became a reality, and also championed for its headquarters to be situated in Accra.

According to Mr. Osafo-Maafo, the Trade Minister’s desire to see the formation of AfCFTA dates back more than two decades ago when he authored a document to advocate for the establishment of an organisation to oversee the implementation of intra-African trade.

“Alan Kwadwo Kyerematen was one of the first people in the 1990s to put up a paper for the establishment of a body to supervise African continental trade.”

“He was also the Minister for Trade and Industry during the period that a location for the headquarters of AfCFTA was being determined, and he made sure that Ghana had it.”

Mr. Osafo-Maafo, who was assigned to North Africa, explained that Mr. Kyerematen, used his diplomatic skills to galvanise support from other countries by tasking senior cabinet members from Ghana to lobby for votes from each region of the continent.

With its Secretariat in Accra, AfCFTA brings together all 55 member states of the African Union, covering a market of more than 1.2 billion people and a combined gross domestic product (GDP) of more than US$3.4 trillion, making it the world’s largest free trade area since the formation of the World Trade Organisation.

Ghana’s participation in AfCFTA will allow Ghanaian businesses the opportunity to access a wider continental market by easing trade restriction procedures within the zone.