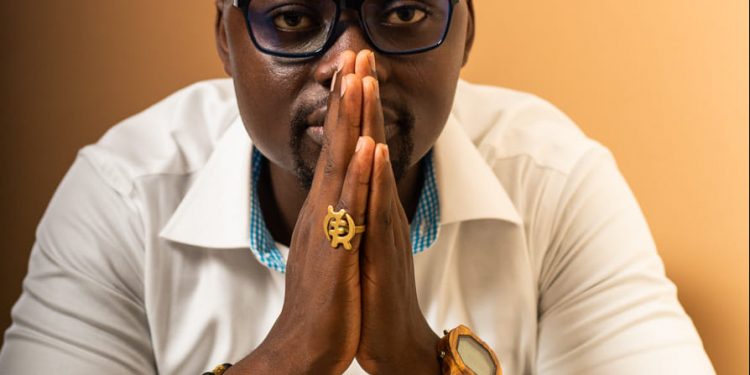 Greek mythology. You really have to love it for its depth and significance. Powerful stories one will say. I wish to share my reflections on one such story today. Plato tells us a story of an unusual relationship between ‘Poros’ who was the personification of ‘Resourcefulness and Expediency’ and ‘Penia’ the goddess of ‘Poverty’.

The story says that Poros is the son of Metis. Metis was a Titan known for wisdom, skill, and craft. Metis is known as the mother of wisdom and deep thought. The interesting thing about the mother of Poros is that some thought of her as a ‘magically cunning’ person, even a trickster. But that sure is a story for another day.

The story says, Aphrodite (Love, Beauty & Pleasure) had a birthday party and all the gods were present except for Penia who was at the gate begging. The story says, at the feast of the gods, Poros had a little more nectar (this was about as much wine as it gets) to drink. Penia (Poverty), as her manner was on such occasions, came to beg at the gates to the banquet and saw Poros stray into the garden of Zeus and followed him. Poros fell into a heavy sleep while in the garden.

Penia considering her own circumstances plotted to have a child with him, and yes she did know him and they begat Eros. (funny right, yeah… I am laughing too.) Poverty meets resourcefulness and their child is Eros, a child that is restless as though of resourcefulness and yet without results as of the mother, Poverty! Consuming and yet without value or a taste of fulfillment. The wealth thus had a son with poverty, a son of consumption, fueled by the desire to be Poros’s child and yet of a mother who can barely find meaning in survival. This is the paradox I reflect on.

The subject of Wealth and Poverty is fascinating so let’s have a conversation about it. We may all most likely find consensus in the fact that, poverty is no friend to wealth, and yet through Plato’s Symposium, we do not only conceptualize what that friendship might look like but we envision its product: Hedonistic; consumption-driven; needing acceptance; born in manipulation, and perpetually without truth and wisdom.

Poor means: deprived of wealth; needy and wretched; weak and thin; producing little and getting little. Poor has its roots in the Latin ‘pauper’ which is a compound word of two parts; ‘Pau- Little’ and ‘Pere- To Produce Or Procure.’ Poverty, therefore, seems to have two essential elements: it produces or procures little and it leads to a life that is little (weak, thin, needy and wretched). The second element is however a consequent and effect of the first: No Contribution-No Chop. The irony, therefore, appears that poverty shows up to beauty’s party, as all other gods, only without value- little to give and thus needy, with little in hand to give, only empty hands begging to receive.

It is almost unbelievable however that wealth as an idea of the abundance of possession only means “well-being” from the old English, ‘Weal’ (a sound, healthy or prosperous state), and only became an analogy of health as the form ‘wealth’.

This conversation is particularly important considering the fact the World Economic Forum’s 2021 Global Risk Report ranks ‘Social Risks’ as its first two top short-term risks. Health is number one definitely because of COVID-19 but the second risk is ‘Livelihood Crises’. Youth disillusionment and social cohesion erosion add up to the first two to make ‘Social Risks’ 40% of the top 10 global risks between 2021 and 2023.

The forecasts of the top 10 risks by 2030 by the same Global Risk Report places ‘state collapse’ as the second risk and social security collapse as the sixth. I know from my over a decade of experience in the corporate world that barely does anyone care about the well-being and yet we claim to be pursuing wealth.

It is in the midst of this reflection that the Hebrew prose of genealogies offers profound wisdom. The book offers the record of descendants and successors of nations. A tall list of humans who have been poured from one unto another, from generation to generation. It appears a story of human beings, once they lived, gave birth, and are dead in the next. And yet, in 1 Chronicles 2:55 we are introduced to a strange place of pain: “and the clans of scribes who lived at Jabez…”

Jabez, Pain, therefore at this point is a location, even a city which has no mean people but the scholars, writers, and keepers of the law as its inhabitant: Jabez was, therefore, a city of scribes (modern-day lawyers), and that makes me smile considering that I am writing this on the day of the end of the 2020/2021 legal year in Ghana.

It is fascinating enough that the city of the noblemen of Israel is called ‘Pain’ but a rant down the list of names pauses in 1 Chronicles 4: 9-10 as though in the middle of nowhere, takes a breath and pours into us the titan by whom the city had been named; we are given an epiphany of the city of lawyers: a true story of wealth.

9 And Jabez was more honorable than his brethren: and his mother called his name Jabez, saying Because I bare him with sorrow.

In the story of Jabez, we not only see the pain in contrast to well-being, but we see the transformation from ‘pain in the eyes’ (Read it however you will… lol) to a titan. And that my friends, is my message for today. How do we, although poor, deprived, thin, producing little and without value become wealthy, deserving of honour in one lifetime?

The easiest part is that it appears he became a lawyer (Hahaha) or at least honourable. Don’t beat me up for being a lawyer, but the real point is that he became so worthy to give counsel that he was a titan for wisdom. He seemed to have so found wisdom that some Bible commentaries call him a Doctor of Law who built the city of Jabez, literally as a place of continuous learning by the scholars. The first gateway to wealth is undoubtedly pursuing wisdom and being worthy to give counsel for the well-being of others.

Jabez seemed to understand that there was such a thing as ‘Blessing Indeed’. He seemed to understand Eros may indeed be a child of Wealth but it is not indeed Wealthy. I think anyone who seeks wealth must first define wealth for what it is otherwise it is possible to pursue for the rest of your life, things that look like or may even have some relations with wealth but never quite attain wealth itself.

Jabez also understood that wealth was a function of Reach. Reach beyond many borders and coasts. I usually tell people, if even you traded something for GHS 1, you can become a millionaire by reach. By reaching 1 million people, you not only make a million but can repeat a million very often. So the advice should then be, choose reach not necessarily rich, ability to impact many. So if one desires wealth, he or she must understand that the opportunity that gives his or her value the most expanded coast is the most likely path to wealth because in the multitude of the people is there the glory of the king.

It is interesting Jabez called unto ‘The’ God and not on a god and asked that His hands might be with him Jabez and that He may keep him from evil. When Solomon, the man of wisdom, said “The rich rules over the poor, and the borrower is servant to the lender” he was not being funny or sarcastic. It is true that poverty can only be ruled, but poverty can choose to be subject to no other god but The God from whom all wisdom rests. I am not naïve not to know people invoke all sorts of gods and will do all sorts of evil to all manner of people just to have a product of wealth. Jabez, therefore, understood to be truly wealthy, ultimately the God from whom all good and perfect gifts emanate must be with you and protect you.

Jabez finally understood that the end of pain pleasures no one. He understands the essence of livelihood is contrasted with Eros. Not of consumption but platonic. Platonic is a word named after Plato’s idea about love as the meaning of life. Wealth is for the purposes that we may love and enjoy the beauty of humanity. The notion of platonic is rising through levels of closeness to wisdom and true beauty, different from carnal attraction to individual bodies, to the attraction of the souls and eventually union with truth and wisdom.

So to our common humanity, I say cheers to wisdom and wealth. To my friends at the Bar I say to the Bar and Beyond, to prosperity and posterity of good counsel, may we show up at Aphrodite’s ‘our day’ gleefully, hopefully with less nectar.

The writer is Yaw Sompa,  a lawyer, an Enterprise Risk Practitioner, and an Information Security Master. He the author of two books, ‘Fate Of System Thinking’ and ‘Be The Difference’. Yaw Sompa is also a member of the Institute of Directors-Ghana and I live for the well-being of the African. #UHURU!