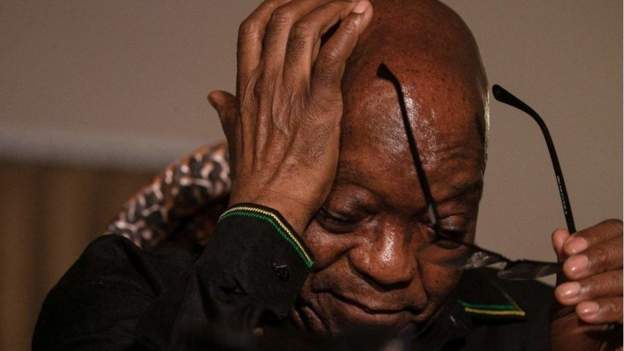 Former South Africa’s President Jacob Zuma has been admitted to a hospital outside prison for medical observation, the prison authorities have said.

His foundation said it was an “annual medical routine check-up” and there was “no need to be alarmed”.

As a former head of state, Zuma is treated at a military facility, the authorities said.

The former president has been serving a 15-month prison sentence since 7 July for contempt of court.

The ministry of justice tweeted the full statement.

Media Statement Issued By The Department of Correctional Services

The Department of Correctional Services can confirm that Former President, Jacob Zuma, has today, 06 August 2021, been admitted to an outside hospital for medical observation. pic.twitter.com/LoviT4oCwW

Next week, the former president is scheduled to appear in person on a separate issue – an arms deal corruption case.

He has pleaded not guilty to involvement in the $5bn (£3bn) deal.