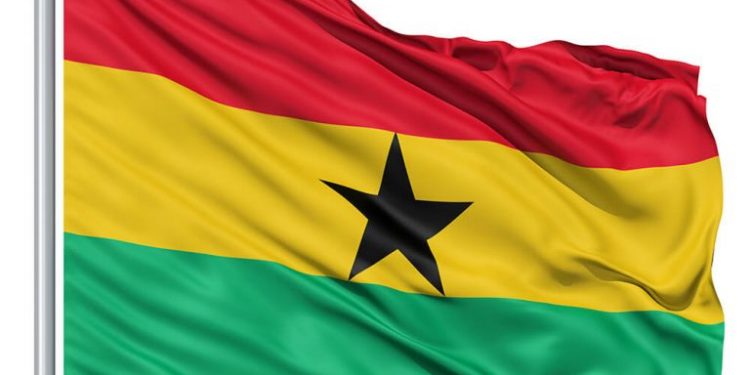 One Wednesday morning, I was listening to Bernard Avle and his team on the Citi Breakfast Show.

They were talking about the swearing-in of the new board of governors for the various State-Owned Enterprises. Bernard Avle admonished the new board members to carry out their duties with patriotism and not be focused on the allowances they would be receiving like what many public officers do.

For Ghana to make it, there should be a conscious effort by our leaders and citizens to make Ghana develop not just for us but for future generations. Unfortunately for Ghana, she does not have the full support of her citizens to enable her to develop.

Many of our politicians, public servants, professionals are more concerned with what they will get from the state while caring less about the service they render to the state to move its steps forward. For instance, a politician is sworn in as a minister, his first focus is to get his Land Cruiser, allowances, fat salaries, and other goodies that come with the position but are not patriotic enough to be more concerned about serving the state earnestly; critically looking for solutions to solve the problems bedevilling the state. People who occupy positions that require them to make decisions beneficial to the country end up putting their interests above that of the state. Some sign bad deals on behalf of the state causing the state to lose millions of cedis.

They sign deals that they know they will never sign if it were their private company they were running. They read clauses that do not ensure to the benefit of the state, but they still sign it because there is a cut for them personally or for their friends and family.

Contractors are given contracts to construct roads, schools, gutters, bridges, and other projects, and instead of the government officials charged with the responsibility to supervise the work to ensure the state gets value for money they just want their percentage from the funds meant for the construction.  As a result, shoddy work is done, causing the state to spend more money to reconstruct or maintain them when they do not stand the test of time.

In the bushes, left to waste away, are abandoned projects: hospitals, schools, factories simply because it was started by the previous government or because starting a new project would enable a big man to line his pocket.

A similar thing was done by the previous government. Sadly, it is the trend now. If our leaders had the least sense of patriotism, they would have been more concerned about the way taxpayers’ funds are wasting. Some of these projects were financed with loans which the state is expected to pay back. Unfortunately, the taxpayers will be paying back loans they have not benefitted from. Too much partisanship and vindictiveness are causing the state dearly.

The situation of Komenda Sugar factory saddens me so much, how a multi-million dollar sugar factory could be left to rust away while many residents of Komenda are unemployed. We import all the sugar we consume, putting stress on the cedi while we have a sugar factory in the bush. The state has not been able to recoup the investment, yet more money would have to be spent to renovate it. I almost wept when I watched the Joy News hotline documentary on the state of the sugar factory.

The government has assured us for some years now that they were getting investors to operate the factory but to date, the factory is still there rusting further. Nothing was done to prevent the metals from rusting, completely heartbreaking.

The story would have been different if the money used to build the sugar factory came from their pockets. However, there has been some assurance from the trade minister, Alan Kyeremanten to get the Komenda Sugar Factory operational by the end of 2021. I hope he does not relent on his assurance.

Another issue is the greed of many Ghanaians. A number of Ghanaians especially professionals, politicians, and public workers just work to ensure the problems of the state do not affect them instead of them using their expertise to solve the problems bedevilling the state as a whole. Bribery and corruption are the order of the day. The people who genuinely fight the wrong within the system are frustrated by the people who are supposed to empower them; Domelevo and the likes would tell you their story. Public servants paid with state funds rip off the state with their actions or inactions.

The rot superintended by some public servants within the system with impunity is mind-boggling. The past months saw the release of audit reports by the Auditors General Department on the running of State-Owned Institutions. Almost all the audit reports on the various State Institutions revealed financial malfeasance and infractions, mostly deliberately caused. The reports also revealed how the state lost millions of Cedis to these financial infractions. The intent to protect the public purse is lost. Even universities like KNUST, University of Ghana were not excluded.

Public servants causing all these infractions without caring about how they would slow down the country’s development. Little or nothing has been done to punish the culprits of these infractions or even retrieve the monies lost. I am yet to hear that monies stolen from the state were retrieved. If it were China or those other countries that have their systems working well or have the development of their country at heart, these people would be jailed by now.

Mind you, the huge sums of money the state loses to corruption, misappropriation and mismanagement deprive other aspects of the needed development. For instance, these young women and girls migrating from the north to work as head potters in Accra and Kumasi. They live undignified lives here. The millions of Cedis that are wasted could be put into developing the regions in the North so that the opportunities they seek here in Accra and Kumasi would be available to them there. This would take away the need to migrate to the south for greener pastures. The infrastructural development those monies could have provided the state misapplied without the fear of God.

The big problem with the youth in Ghana is too much affiliation to political parties. Putting their love for NPP or NDC above that of the state, refusing to discern on issues as a result. They forget that NPP and NDC will not support the future generation, but the state.

This problem is also with some of our professionals, who should know better. Ghana is bigger than NPP and NDC. Issues that border on national interest are seen through party lenses. I was highly disappointed when I heard the MP for Ningo Prampram, Sam George says he puts NDC first before Ghana. A person with that mentality in parliament is no good for Ghana. Many other politicians get power and want to first satisfy their party needs before that of  Ghana. How will Ghana make the progress it ought to make?

The wealthy countries we admire today did not get there by doing the things Ghanaians are doing to their country. They got there as a result of love for their country, strengthened institutions, putting the interest of the country above individual or party interests, and a lot of sacrifices from leaders and citizens. Their leaders yearn for the development of their country; the well-being of the masses. Last but not least, they use state resources judiciously; the state benefits largely from expenditures made, unlike here in Ghana with all the wastage.

Ghana could have been rubbing shoulders with the developed countries today if the successive governments and citizens loved Ghana enough.