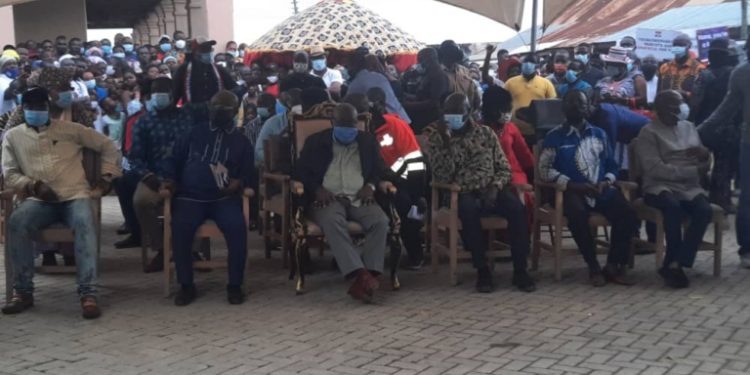 President Nana Addo Dankwa Akufo-Addo has disclosed that the abandoned Asikuma-Have road project in the Volta Region has been awarded to First Sky Limited.

The GHS 235 million project is scheduled to be completed in 24 months.

Addressing residents of Anfeoga on Friday, September 10, 2021, after calling on the Volta Regional House of Chiefs as part of his tour of the region, President Akufo-Addo said; “The Asikuma- Have project has been awarded to an exceptional contractor, First Sky Ltd, who has demonstrated commitment and high standards in his road projects. I am confident that the people along the project stretch will very soon see the action.”

President Akufo-Addo maintained that projects along the eastern corridor will significantly reduce cost and travel time, particularly for local farmers as they transport food produced to the major parts of the country.

In addition, the economic impact of road construction is projected to provide over 230,000 direct and indirect jobs to residents.

He added that the project will be completed as scheduled.

“We recognize the social-economic significance of this road to His Excellency President Nana Addo Dankwa Akufo-Addo and the good people of the Volta Region. As part of our high standard operational ethics, we will deploy all cost-saving mechanisms to ensure value for money, and also work strictly within the project timeline without compromising on the quality of work”, he added. 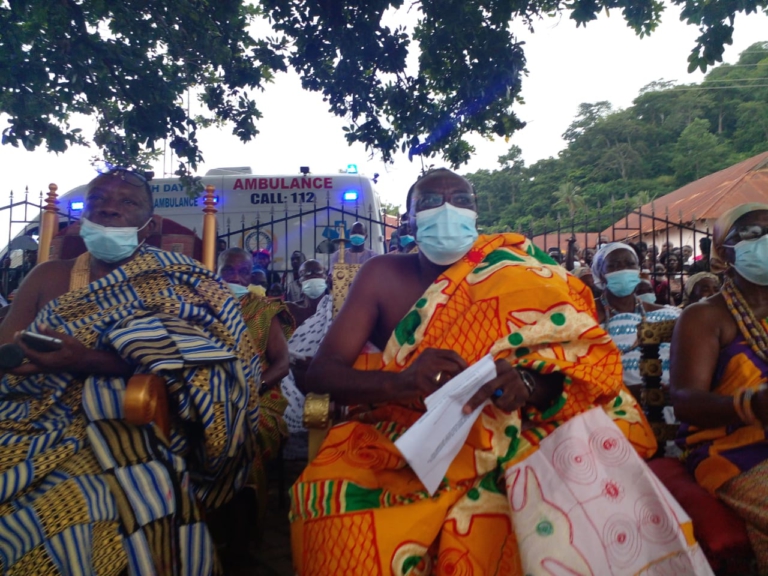 The 39.3 km Asikuma-Have road project is funded by the government of Ghana, with the supervising agency being the Ghana Highway Authority.

The President also renewed his pledge to expanding and extending water supply to all parts of the district, in addition to the provision of more infrastructure for second-cycle schools in the district.

“I am hopeful that the good people of North Dayi Constituency will consider all these efforts and crown the New Patriotic Party with a seat in parliament come 2024”, he added.

President Akufo-Addo was in the company of other ministers of state.

They included the Minister for Railways Development and MP for Hohoe, John-Peter Amewu, Health Minister, and the Deputy Minister for Trade and Industry.