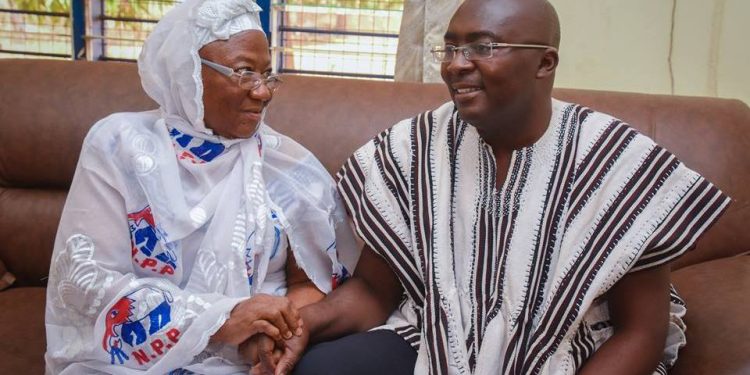 “It is with great sadness that I announce the passing of my beloved mother Hajia Mariama Bawumia.”

“Hajia Mariama passed away peacefully this morning in Accra. Burial is scheduled for tomorrow, Tuesday, September 14, 2021, in Walewale.”

Since the news of her passing, a lot of condolences have come in for the Vice President and his family.

They both sent out statements on their respective social media pages to mourn with the Vice President.

“I just got off the phone with my brother, Dr. Mahamudu Bawumia, to console him and the entire family on the loss of their mother, Hajia Mariama Bawumia earlier this morning. May Allah grant her a peaceful rest,” he posted on Facebook.

In a statement, the party also expressed sympathies to the bereaved family and the people of Walewale and further described the death as a “great loss” to the NPP.

“The NPP has received with shock and sadness, news of the passing of Hajia Mariama Bawumia, the mother of His Excellency Alhaji Dr. Mahamudu Bawumia, the Vice President of the Republic.”

“The party accordingly extends its deep sympathies to His Excellency the Vice President and the bereaved family as well as the good people of Walewale for this great loss”, the NPP said.

Rev. Owusu Bempah hospitalized after he was remanded for a week