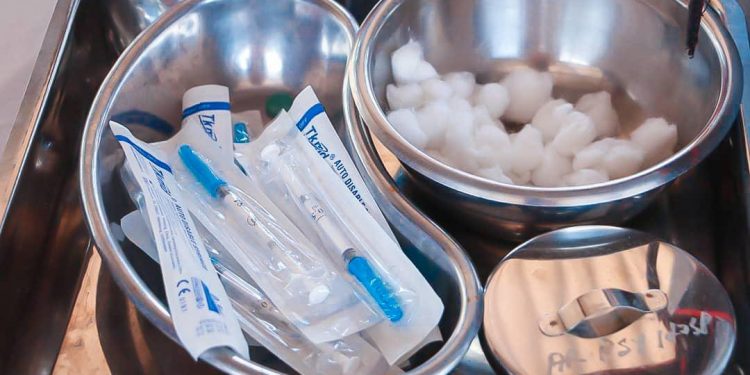 Hua Chunyin, spokesperson for the Foreign Ministry, said the decision was announced during the first meeting of the foreign ministers of Afghanistan’s neighboring countries and would be “for emergency use to the Afghan people.”

It is not clear when the vaccines are scheduled to be delivered.

Chinese leaders have repeatedly said that China would share its coronavirus vaccines with the world, especially with lower income countries, and officials had previously promised Afghanistan would be among several in line for priority access.

Speaking at the foreign minister’s meeting in Beijing via video link, Wang also said the United States and its allies were more obligated than any other country to provide economic and humanitarian assistance to the Afghan people.

Following the US withdrawal from Afghanistan and subsequent Taliban takeover, Wang said the US should “assume their responsibilities” in the country by helping ensure its development and stability while “respecting the sovereignty and independence of Afghanistan,” Xinhua reported.

On Tuesday, the Taliban announced the formation of a hardline interim government for Afghanistan, filling top posts with veterans of the Islamist militant group who oversaw the 20-year fight against the US-led military coalition.

Wang called on the Taliban to crack down on terrorism and unite with ethnic groups in the country.

He said Afghanistan’s regional neighbors, which include Pakistan, Iran, Tajikistan, Turkmenistan, and Uzbekistan, should coordinate and cooperate with them to “build a broad and inclusive political structure, pursue moderate and prudent domestic and foreign policies, draw a clear line with terrorist forces,” according to Xinhua.

China shares a 50-mile (80 kilometer) border with China’s western region of Xinjiang at the end of the narrow Wakhan Corridor and has a substantial investment in the wider region.

Following a high-profile meeting between Taliban leaders and the Chinese foreign minister in Tianjin in July, Wang called the Taliban “an important military and political force in Afghanistan” and declared that they would play “an important role in the country’s peace, reconciliation and reconstruction process.”

In return, the Taliban called China a “good friend” and pledged to “never allow any forces to use the Afghan territory to engage in acts detrimental to China,” according to a statement from the Chinese Foreign Ministry on the meeting.

Last week, a Taliban spokesperson called for closer relations with Beijing in an interview with Chinese state broadcaster CGTN.

“China is a very important and strong country in our neighborhood, and we have had very positive and good relations with China in the past,” Zabihullah Mujahid said.

“We want to make these relations even stronger and want to improve the mutual trust level.”

China, however, has also benefited from the relative stability brought by the US over the past two decades. The nation is also particularly concerned that Afghanistan would become a base for terrorists and extremists fighting for the independence for the largely Muslim region of Xinjiang — a priority issue Wang raised with Taliban leaders during their July meeting.