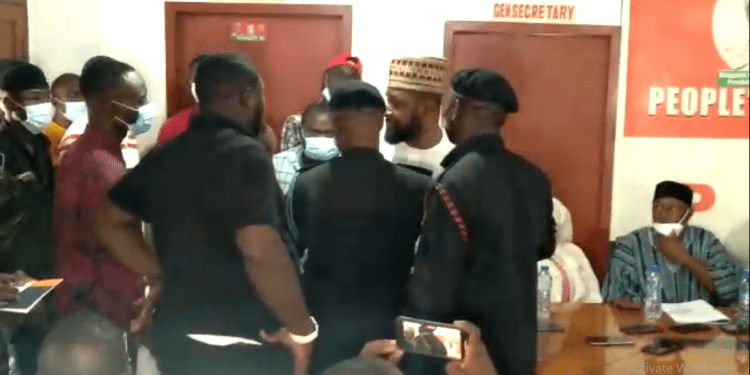 The headquarters of the People’s National Convention (PNC) was thrown into a state of confusion as party leaders engaged in heated exchanges during a press conference to brief Ghanaians on the suspension of their National General Secretary, Janet Nabila.

On August 28, 2021, the National Executive Committee (NEC) of the PNC took a decision to indefinitely suspend Nabila over gross misconduct, insubordination, and incompetence.

But she has so far denied all the allegations levelled against her, denouncing the suspension.

A press briefing on Wednesday, September 1, 2021, at the PNC headquarters in Accra, turned ugly, as the Greater Accra Regional Chairman of the party, Bala Mei Kankan kept on interrupting the event with his interjections when the party’s Communications Director, Awudu Ishaque, was addressing the press.

The media briefing was halted for several minutes following the altercation. 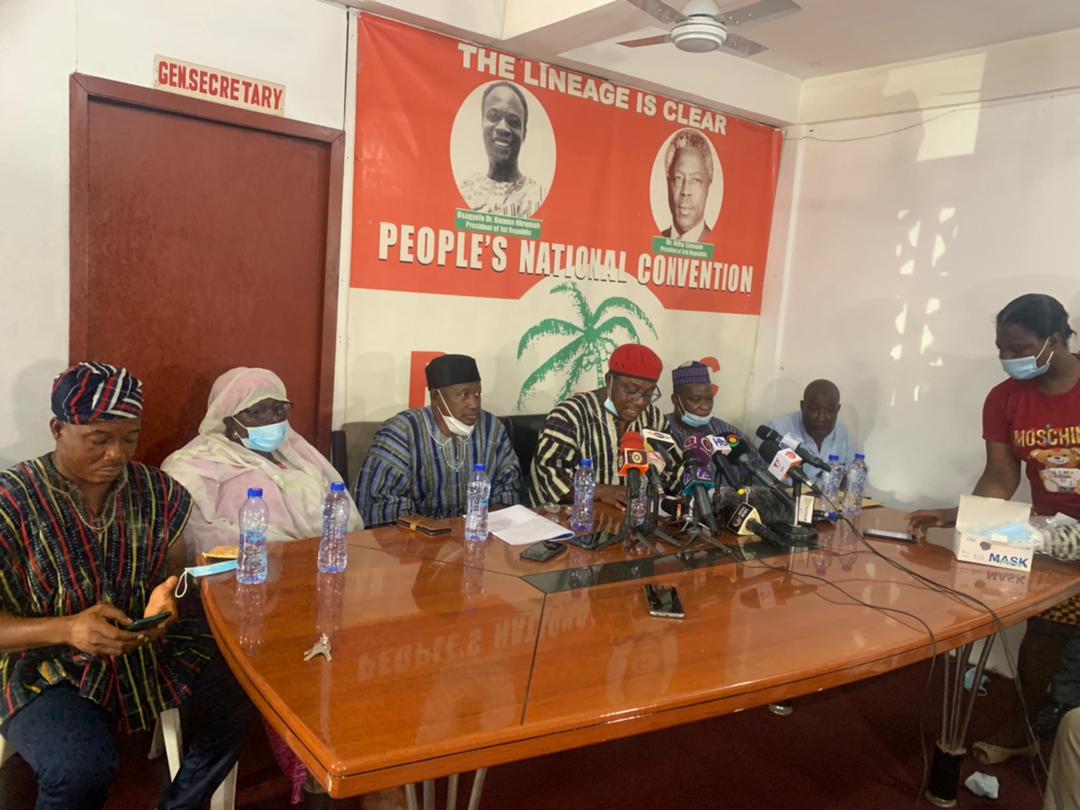 In the meantime, the party has given Janet Nabila a one-week ultimatum to hand over to the PNC National Treasurer.

The leaders of the party have also agreed for Prince Agyeman Duah to serve as the acting General Secretary until further notice.

Janet Nabila had earlier denied reports that she has been suspended from the party.

According to her, the information of her supposed suspension is being propagated by the party’s Chairman, Moses Dani Baah and the 2020 flagbearer of the PNC, David Apasara who fear that they will be exposed for allegedly embezzling the party’s funds.

She claimed that Mr. Apasara and Mr. Dani-Baah were seeking to frustrate her because she took actions that will expose them for taking funds to the tune of GHS70,000 from the party’s coffers without accountability or any justifiable reason.

She added that the funds were part of an amount the party raised for the construction of its offices.