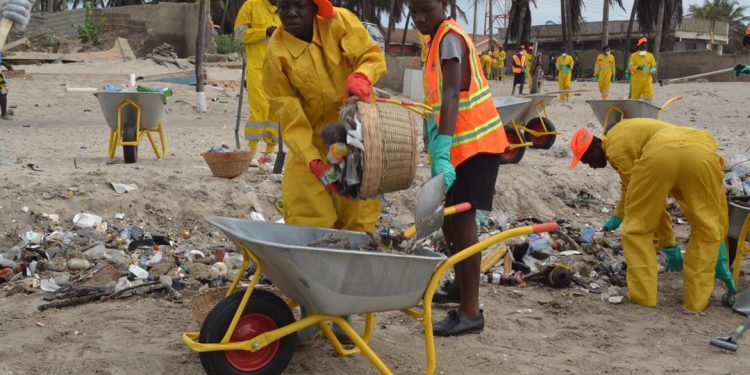 The situation, according to an ocean-friendly non-governmental organisation (NGO), Clean Ocean Project Ghana (COPG), is due to irresponsible actions by residents living along the coast of the country. 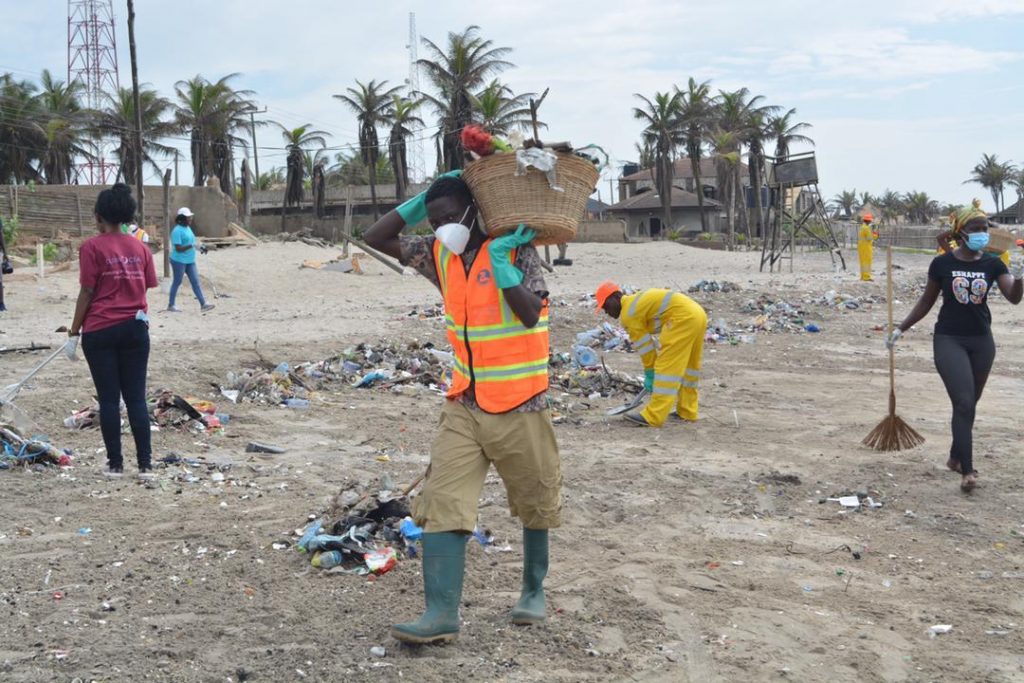 Speaking to journalists during a clean-up operation along the shores of Teshie in Accra on Saturday, the Project Coordinator of COPG, Guelda Osei, called for the situation to be addressed to help contribute to the country’s attainment of the Sustainable Development Goals (SDG) 6 and 8, adding that this was very paramount in the achievement of a clean ocean. 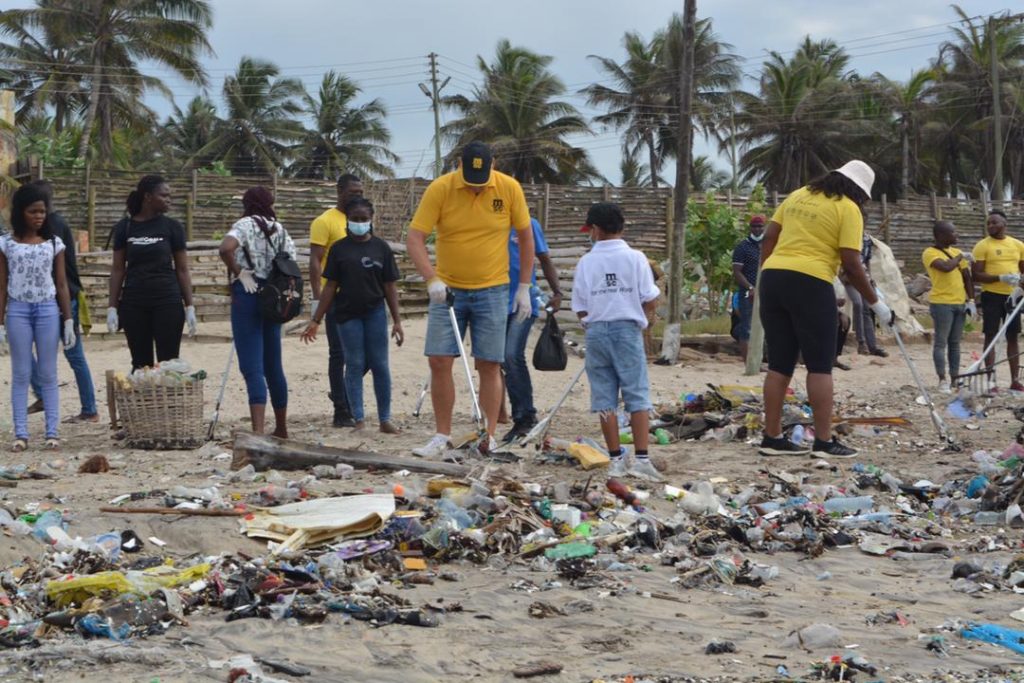 The exercise which took place at the Teshie site for the construction of a landing beach was organised by COPG, in collaboration with Eco Brigade, a Jospong Group of Companies’ subsidiary. 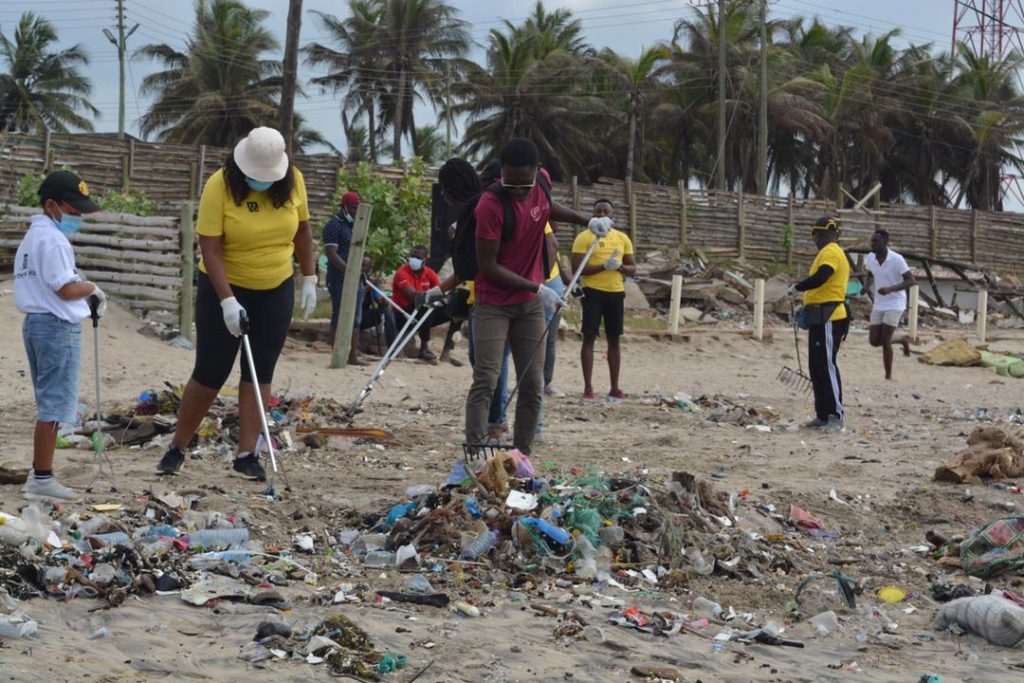 According to Mrs Osei, the oceans need to become habitable for both humans and animals, saying that the government must apply stiffer punishment to people who pollute the beaches. 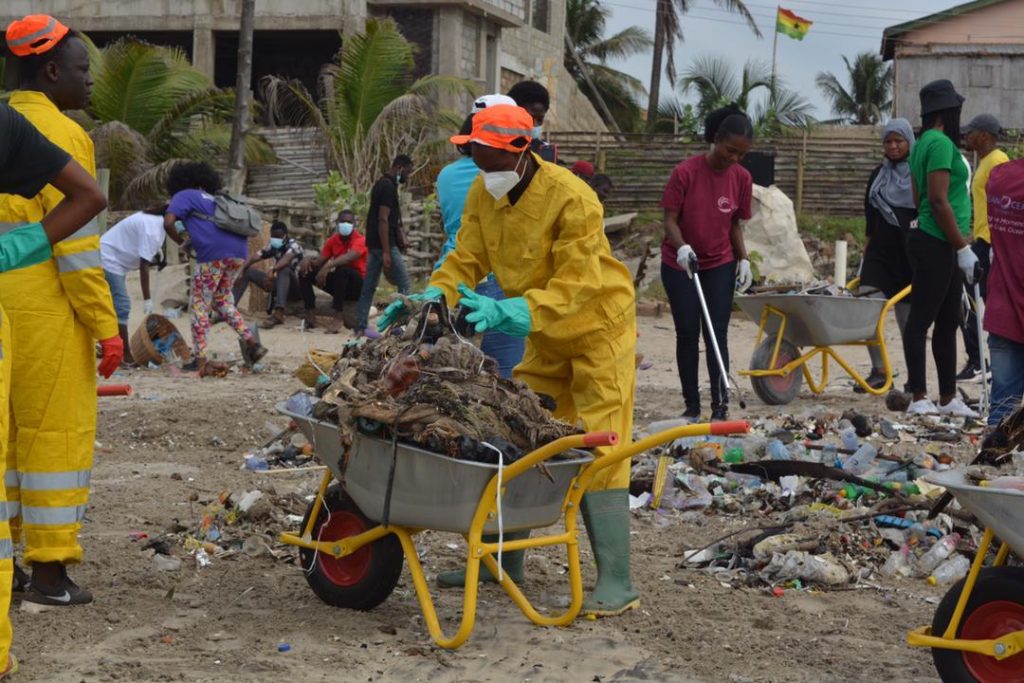 Of all the beaches in the country, she said, Usher Fort was one that had a routine maintenance culture, indicating that the rest were in a mess, which needed a collaborative effort to maintain them. 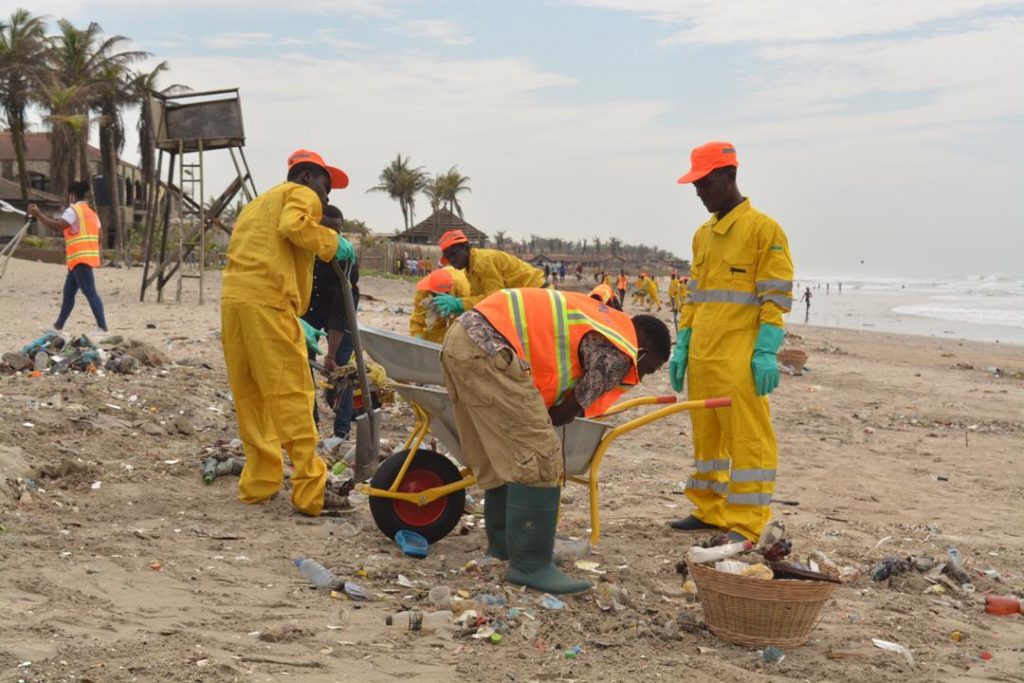 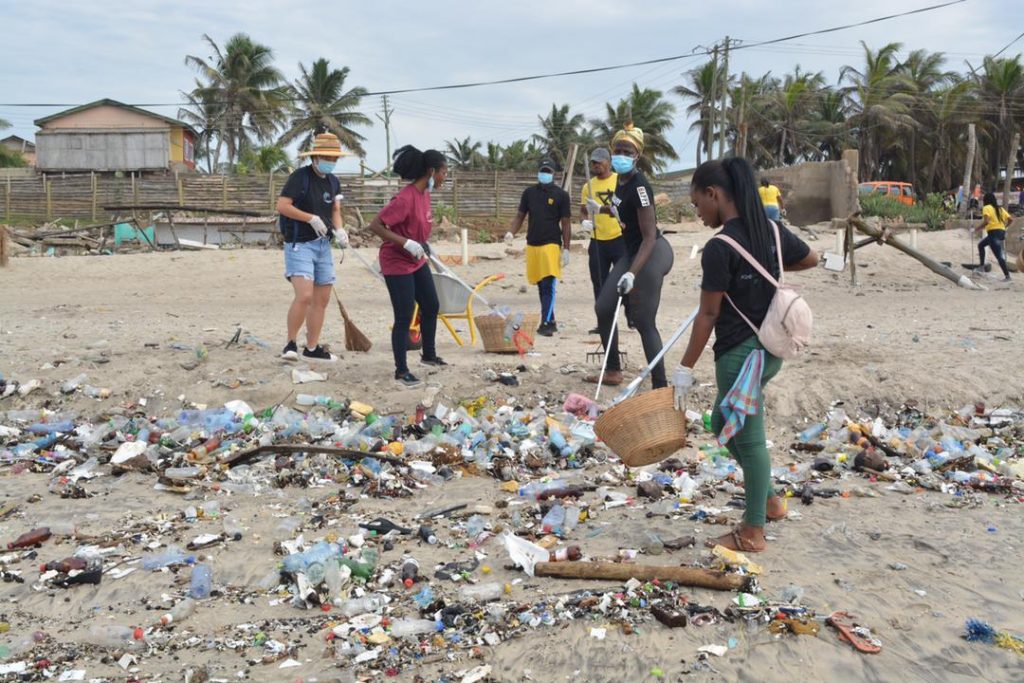 While calling for punitive measures to curb the menace, she appealed for the right infrastructure to be put in place. 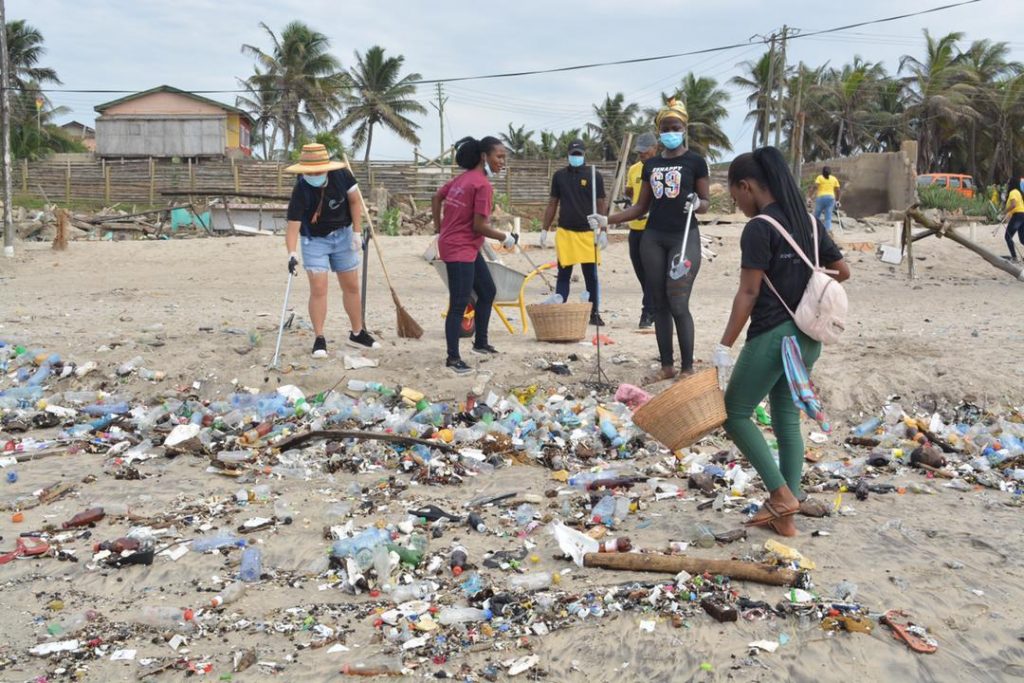 “Maybe when you arrest an offender for littering or defecating at the beach and put him or her behind bars and shown on television, it will serve as a deterrent to others who otherwise would want to do same,” she said.

She entreated government and stakeholders to collaborate and embark on a massive public education on the need to ensure that the country’s beaches were clean.

He urged parents to educate their children on the benefits of keeping and living in a healthy environment. 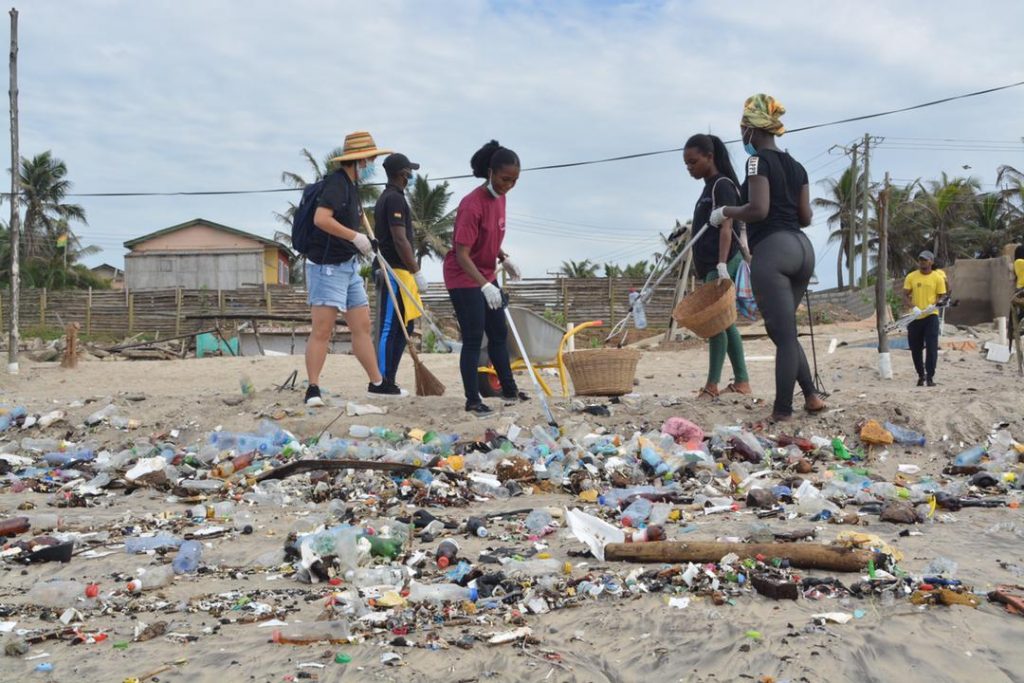 “If a thorough education goes ahead of punitive measures, people living close to the beaches would appreciate the worth of a clean environment,” he said.

It is in the light of the above that Clean Ocean Ghana, in collaboration with Eco Brigade, appealed for measures to be put in place to curb the perennial menace of shore littering in order to make them safe for human and animal habitation. 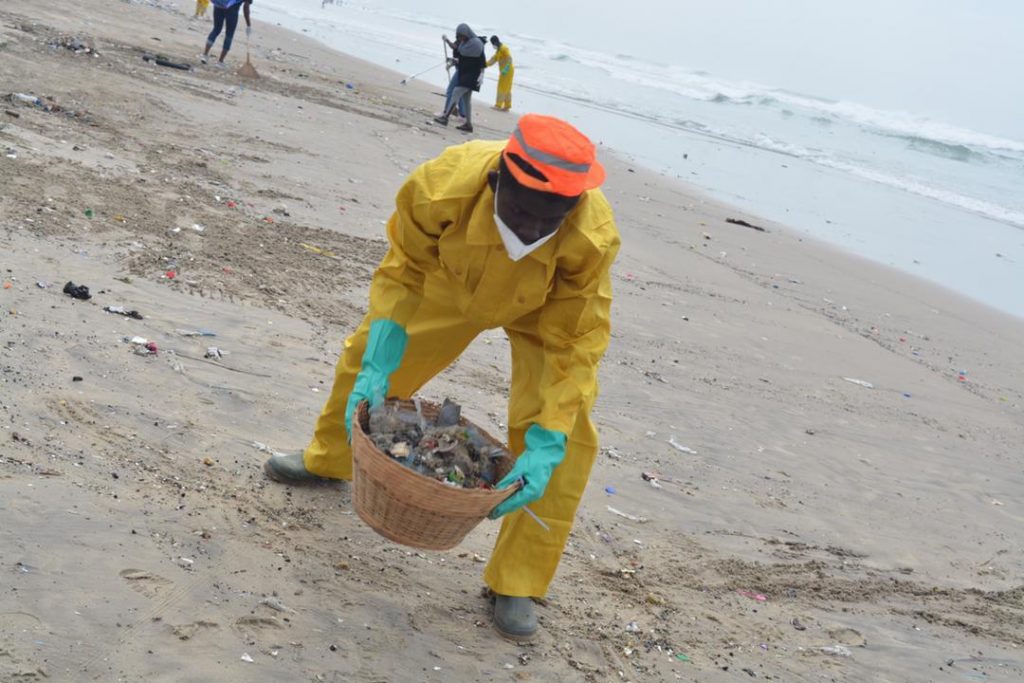 During the exercise, the clean-up team swept and collected sachets, plastic bags and bottles. At the end, the Teshie Sango Naa Beach became clean.

The group members also pledged to continue the exercise on a regular basis in a bid to keep the beaches clean and habitable for living organisms.