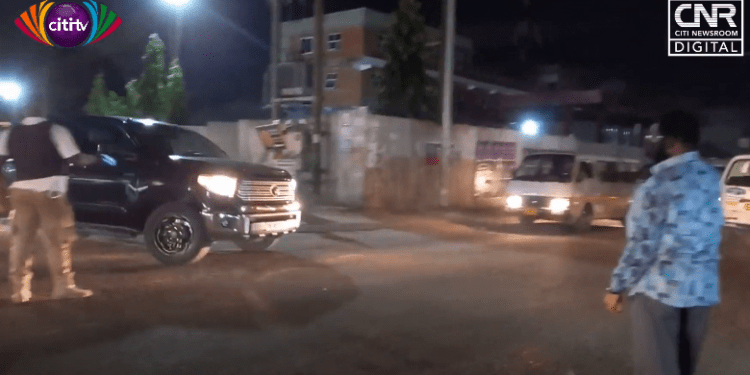 The Sakaman Junction to Dansoman Roundabout stretch is a known traffic-prone area.

Oko Vanderpuije, who said he sometimes spends close to three hours in traffic on the stretch, decided to direct traffic following the absence of police personnel.

The MP’s gesture brought respite to other road users. He was assisted by his bodyguard who was with him.

The former Chief Executive of the Accra Metropolitan Assembly in an interview with citinewsroom.com urged the Ghana Police Service to deploy officers to control traffic around Sakaman and Dansoman.

Speaking to Citi News‘ Tajudeen Abdulai, he also called on the government to dualize the road to reduce the gridlock on the stretch.

Mahama can’t lecture me on economic management, he was abysmal and disastrous – Nana Addo