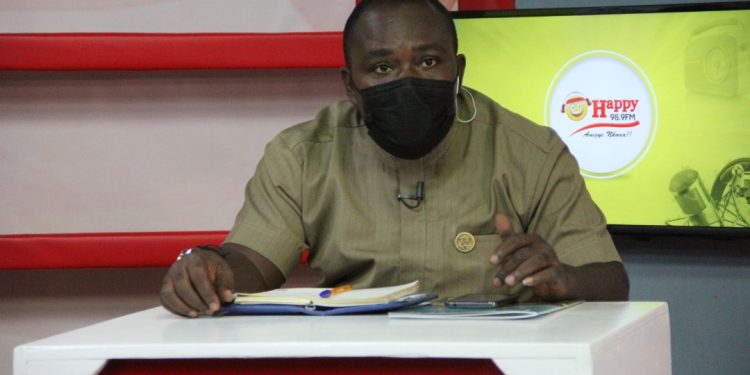 Ghana’s number one radio brand which seeks to promote the state’s development agenda, Happy98.9FM, has held an eye-opening dialogue on the housing sector.

Engaging stakeholders in the housing sector, the dialogue focused on a three-tier approach by reacting to the issues of housing in Ghana as highlighted by the ‘Plight of Homeless in Accra’ documentary produced by Happy98.9FM. Stakeholders identified problems in Ghana’s housing sector which have affected home ownership. Subsequently, they offered a myriad of alternatives to the country’s housing deficit.

The discussion which was on the topic, ‘Affordable Housing in Ghana, a Reality or Mirage’ received in-depth exposition from members of the Ghana Real Estates Development Association (GREDA), the Minister of State in Charge of Works and Housing-Freda Prempeh, and the Association of Building & Civil Engineering Contractors of Ghana.

Stakeholders reacting to the ‘Plight of Homeless in Accra’ documentary admitted that the incidence of homelessness and poor living conditions is not only rife in Accra, but in most parts of Ghana. They bemoaned the unsanitary conditions of slum settlements.

They blamed the housing deficit in Ghana on the absolute disregard for housing laws, and mainly the absence of public-private partnership. President of the Association of Building & Civil Engineering Contractors of Ghana, Prosper Yao Ledi, highlighted some of the constantly broken laws.

He stated: “There are laws in Ghana, however, our actions clearly show that we don’t respect these laws. For example, it is mandatory for anyone building a house to consult town planners, who will inspect the location before the project even begins. However, people do not adhere to the law and do as they please”.

Prosper added that in the past, builders consulted inspectors to give “an orientation on where a house can be situated, where water and electricity will flow, among others”, even before beginning a project. He shared, however, that the narrative is different now.

Meanwhile, the Association’s President has called on the government to engage the chamber of building contractors to proffer a solution to the above-mentioned menace.

Executive Secretary of GREDA, Samuel Amegayibor expressed that while the Association wished it could to do something to resolve these problems, they can only do as much as business people, and nothing

more without government support, and its interventions by subsidizing housing for the populace.

They maintain that the goal of affordable housing can only be achieved if government partners with GREDA to provide housing to Ghanaians.

Director of Lakeside Estate, Salah Kwaku Kalmoni supporting an alternative solution to Ghana’s housing deficit believed the introduction of kiosk settlement will go a long way to reduce the incidence of people sleeping on the streets, and being unable to afford safe and hygienic accommodation.

He called for the legalization of illegal settlement (slum kiosks) in the sense that they are rebuilt properly up to maximum standards.

She assured Ghanaians that the Saglemi Housing Project will soon be put to good use, explaining that Government has not deliberately ‘hijacked’ the housing project while some Ghanaians lack accommodation.

“The Saglemi issue is still a case in court and as such we cannot talk much about it. It is never government’s intention to allow the project to rot while some Ghanaians do not have accommodation. Ghanaians must be patient with the government and rest assured that government will put the project to good use.”

Director of Broadcasting for Global Media Alliance Broadcasting Company, Timothy Karikari stated, “With the media’s mandate to educate, we as a team decided to focus our attention on the housing sector in the country considering our population growth. The recent census stated that the population is about 30.8 million, and this means we need to start thinking of bridging the housing deficit in Ghana. These are some of the factors that pushed us to have a discussion on housing and how we can resolve these problems moving forward.”

He charged Ghanaians to keep their dial tuned to Happy98.9FM for more engagements under the Development Dialogues series.