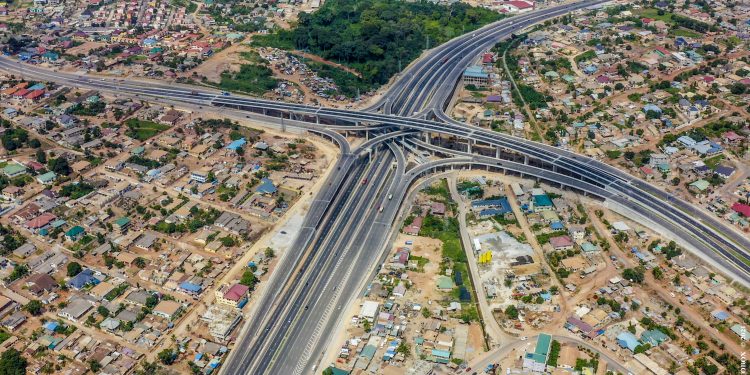 The consultant for the Four-Tier-Pokuase interchange, Ing. Kwabena Bempong, wants the police to intensify its patrols around the newly commissioned interchange.

This follows the stealing of some crash barriers and components of street lights of the interchange in recent times.

He said the situation is worrying and must be quickly tackled.

Ing. Bempong told Citi News that some of the items are stolen in broad day light by persons pretending to be construction workers on the project.

“In fact, some of these things are done in broad day light. When you go to the Awoshie end, when we were constructing it, some people were busily removing the crash barriers. You see them wearing the reflective vests and helmets,” he said.

He added that the police must assist them patrol the interchange to arrest such miscreants.

“The police should also assist us by engaging in patrols especially at night and deal with these miscreants when they see them” he noted.

He also urged residents around the interchange to support the police to arrest persons seen to be removing crash barriers and other materials from the project site.

“When you see them, question them and if you have doubts report them to the police. We have not asked anyone to remove anything.”

On July 9, 2021, President Akufo-Addo commissioned the 4-tier Pokuase Interchange valued at $94 million to ease vehicular traffic on the Accra to Nsawam highway.

The interchange connects Awoshie to Kwabenya, Kwabenya to Nsawam, Accra to Awoshie among others.