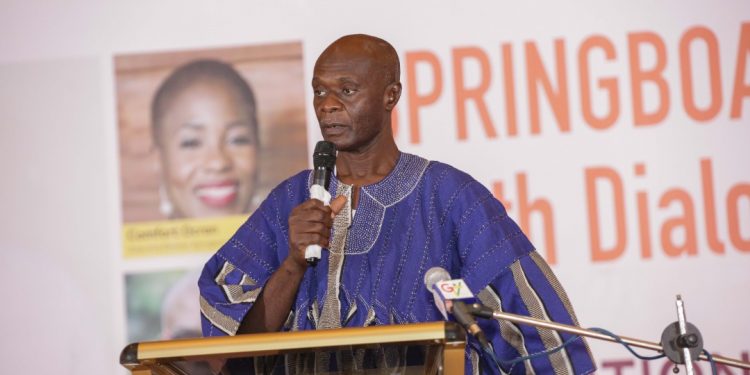 The Northern Regional Minister, Shani Alhassan Saibu, has given assurances that the Regional Security Council (REGSEC) will work to deal with the safety concerns expressed by staff of the Northern Electricity Distribution Company (NEDCo).

He said security agencies in the region are prepared to provide adequate security; allaying the fears of the staff.

Workers of NEDCo and the Volta River Authority (VRA) in Tamale have withdrawn their services to the community following an attack on the offices by some residents last Saturday.

The employees contend that the attack has heightened their fears and that they cannot risk their lives working in the area; as a result, they are unwilling to carry out any duties that will take them outside the precincts of the company.

Shani Alhassan Saibu has called for calm, assuring the workers of plans by his outfit to ensure that they are safe in the line of duty.

“We at REGSEC have given them the assurance already that we will cooperate and help them to ensure that they do their job. As for these skirmishes that are happening, I don’t think it is a deterrence for NEDCo workers to continue their work. The security service is ready to support them anytime they want to carry out their work. REGSEC is very willing and going to support.”

“I have spoken to the Managing Director, and I am cutting short whatever I am doing so that on Thursday I will go back to Tamale and so if there is the need to hold an emergency REGSEC meeting, that will be something we will do”, Mr. Saibu said on Eyewitness News.

Chairman of the Senior Staff Association (SSA) of NEDCo and VRA in Tamale, William K. Asare who confirmed the withdrawal of services intimated that the decision was arrived at after an emergency staff meeting on Wednesday following the increased state of fear among members.

“Following the attacks on Saturday, staff of VRA and NEDCo met, and the resolution at the end of the meeting is that we don’t feel safe to go out there and carry out our work. So, for the fear of our lives, we are unable to attend to any job that will take us outside the premises.”

Over the weekend, parts of the NEDCo offices in Tamale were vandalized by some angry youth in protest of the supposed frequent police brutality.

The protesters marched through some principal streets of Tamale to the company and destroyed some property of the power distribution company.

But following the unfortunate incident, the NEDCo workers say any work activity that will be at the peril of their lives has been suspended indefinitely.

Meanwhile, the management of NEDCo says it is really disturbed over the recent happenings.

It said, more worrying is a circulating audio disclosing planned attempts to abduct some staff members of the company.

Corporate Communications Manager of NEDCo, Mr. Maxwell Kotoka is however optimistic about finding solutions to the situation.

“An Audio had emerged. In that audio, the voice is heard calling on indigenes to kidnap NEDCo staff. Our staff live in the community with the people, so if this is what is being dropped, then the problem is obviously more than what we are looking at. Management is very concerned. We were engaging until this audio emerged. We haven’t given up, we will still engage.”