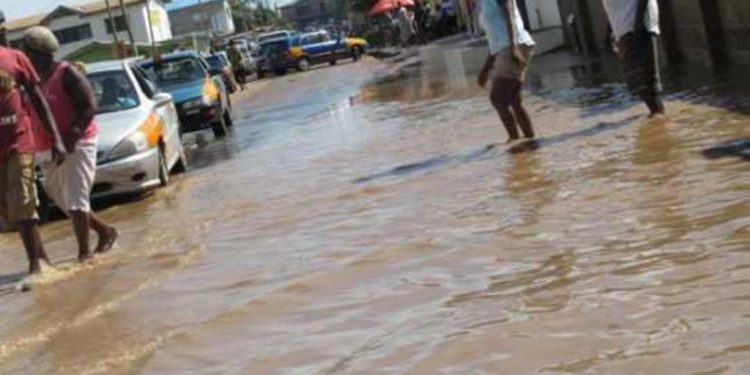 Six persons including minors have been confirmed dead following Monday’s downpour which flooded parts of the Ashanti Region.

The National Disaster Management Organization (NADMO) has deployed its officers on a search mission to find additional persons said to have gone missing after the flood.

“We have recorded six deaths, one happened involving a nine-year-old girl. At Ahenema Kokoben, the news we gathered was that while some vehicles were not able to cross the floodwater, there was a truck whose driver out of insolence decided to cross. Three men also decided to climb onto the truck. As the driver got into the middle of the floodwater, he realized that the running water was heavy, and it was pushing the vehicle out of motion. In the process, the three men got drowned. There was another casualty at Kumasi New site involving a nine-year boy.”

This is not the first time floods have resulted in casualties in the Ashanti Region.

Earlier in June 2021, rains displaced many traders at the Kejetia, Asafo, and Atasemanso markets. The traders at the Asafo market staged a protest over the flooding at the market.

A 50-year-old woman, who has been identified as Akosua Dufie, died after she was washed away by floodwaters following last Thursday evening’s downpour at Anloga in the Oforikrom Municipality of the Ashanti Region.

That incident came a day after a one-year-old boy also drowned during a downpour at Sawaba in the Kumasi Metropolis.

Three children were also hospitalized at Atasemanso in the Kumasi metropolis after the fence wall of a building collapsed following a downpour on Wednesday, June 23, 2021.

Scores of residents in major parts of the Kumasi metropolis have been displaced by the rain, with their property destroyed.