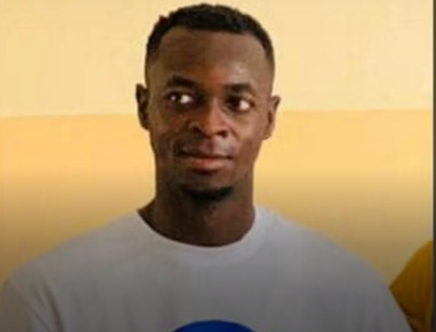 The family of Sani Abdul Majeed, the final year student of the University of Education, Winneba (UEW), who died after a failed backflip says they are devastated over the untimely passing of their relative.

The deceased, a  student of the Department of Health, Physical Education, Recreation and Sports (HYPERS), was reportedly rushed to the 37 Military Hospital after the unfortunate incident but died two days after.

His brother, Abdulai Abas who spoke to Citi News after his burial on Saturday in line with Islamic tradition at  Buipe, said the family is yet to come to terms with the tragedy.

“It was very sad when we heard the news because he is a final year student. I spoke with him on the 4th of September, and he told me he will write his final paper the following day only to hear that my brother had been involved in an accident, so I was told he was quickly admitted, but I was told later that he has been transferred to the 37 Military Hospital where he died”.

Already, the Students Representative Council (SRC) of the school has expressed its commiserations to the family.

In a statement, the SRC said it is stunned by the news of the sudden departure of the student.

“The Council extends its heartfelt condolences and deepest sympathies to the deceased’s family on the untimely loss of their son; though the Council has shown leadership at the time the deceased needed its help”.

Meanwhile, the council has urged all final year students who are in the mood of celebrating the completion of their courses to do so in moderation.

“The entire student fraternity will be keeping the deceased in their thoughts and holding him in their heart”, the statement added.

Earlier, a former SRC General Secretary told Citi News that: “After the last paper, they were jubilating. While celebrating, he [Majeed] tried to perform some acrobatics, and unfortunately, he didn’t land well. He was rushed to the hospital, but he later passed on. The students are very sad.”