Covid-19: All countries to be removed from UK’s travel red list 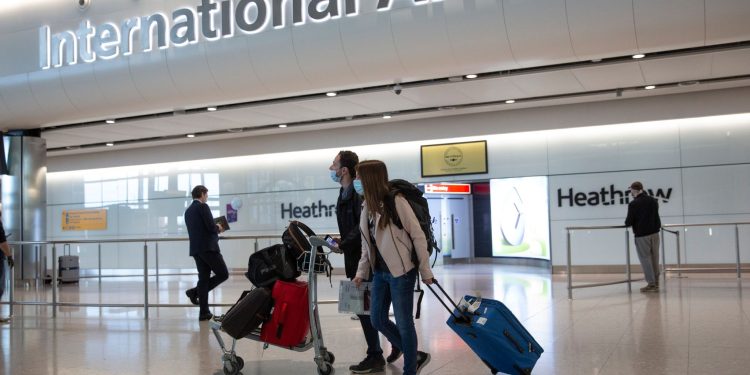 The remaining seven countries on the UK government’s Covid travel red list will be removed from next Monday.

Fully-vaccinated arrivals from Ecuador, the Dominican Republic, Colombia, Peru, Panama, Haiti and Venezuela will no longer have to quarantine in a hotel.

But the red list system will be kept in place and a country could be added back on it if cases rise there.

The changes announced by the Department for Transport will apply to passengers arriving in all four nations of the UK.

Transport Secretary Grant Shapps said it was a “great boost for travel and all those people employed in the travel sector”.

He added: “We have been able to do this now because the variants of concern that we have been tracking are no longer of concern to the chief medical officers.”

The DfT said “Delta is now the dominant variant in most countries around the world. This means the risk of known variants entering the UK has reduced and the government can confidently remove these seven destinations from the red list.”

The list of nations and territories whose Covid vaccinations are recognised by the UK is also being expanded, and will now include more than 135 countries in total.

The changes will come into effect at 04:00 BST on Monday.

The governments in Scotland, Wales and Northern confirmed they would also be adopting the changes, following the initial announcement by the DfT for passengers arriving in England.

The DfT said the red list would be reviewed every three weeks, with data – including the emergence of new variants – monitored in case countries needed to be added back on.

Mr Shapps said the red list system itself would be reviewed again in the new year but it was “prudent” for the government to keep several hundred hotel rooms available on “standby”.

“We don’t want to re-set up a system from scratch if a particular concern was seen in a particular country and we wanted to be able to have quarantine as a mandatory facility,” he said.

Scotland’s Transport Minister Graeme Dey said the move would help the tourism sector “take another step back towards normal operations”.

But he said: “The pandemic is not over. The situation will be closely monitored and regularly reviewed and if the situation demands it we will not hesitate to re-impose restrictions.”

Wales said the changes were “not without risk” and it remained “concerned” by the speed international travel was opening up.