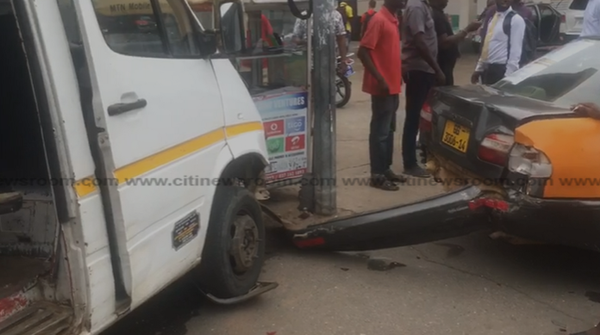 Five persons sustained varying degrees of injury in a car crash at the Kwame Nkrumah Avenue in Accra on Tuesday morning.

A commercial Sprinter bus, with registration number GS 4513-13, carrying passengers from Pokuase to the Central Business District of Accra, crashed into two taxi cabs heading in the same direction.

Eyewitnesses said the brakes of the bus failed as the driver attempted to slow down, causing it to run into the cars ahead of him. 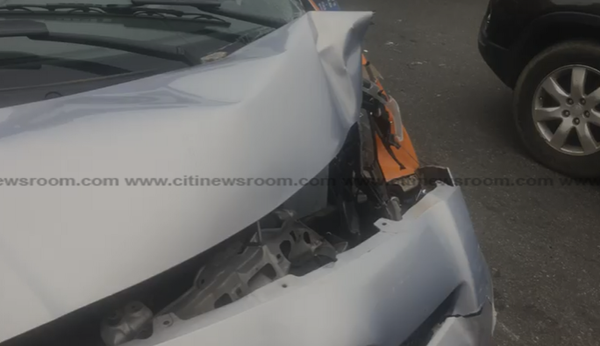 One of the passengers in the vehicle narrated the incident to Citi News.

“On our way, he had driven well; everything was going on well until we got to the main Circle bus stop. So the passengers coming to Circle had alighted. So when he took off to go to Accra, he used the upper part of the interchange. The brakes failed when we were descending the interchange. When he stepped on the brake pedal, it fell flat.”

“Two boys, who were, I believe, bus conductors, were standing in the middle of the road with their backs facing us. The driver hit them because where they were standing was the only access available. The driver was tooting his horn, but they couldn’t hear”, the passenger described. 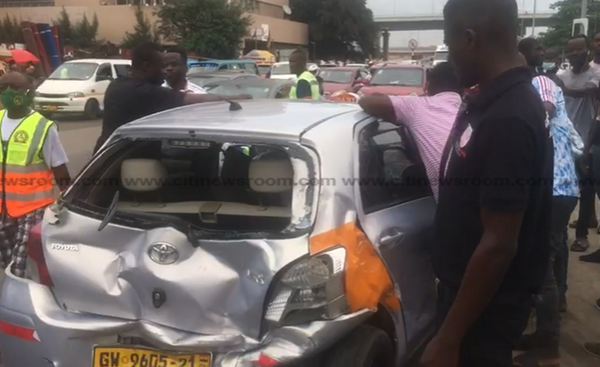 The driver of the Sprinter bus also attributed the crash to mechanical failure.

“I had picked passengers from Nsawam. In my attempt to apply my brake and slow down, my brake failed me. Those who sustained minor injuries have gone to the hospital.”