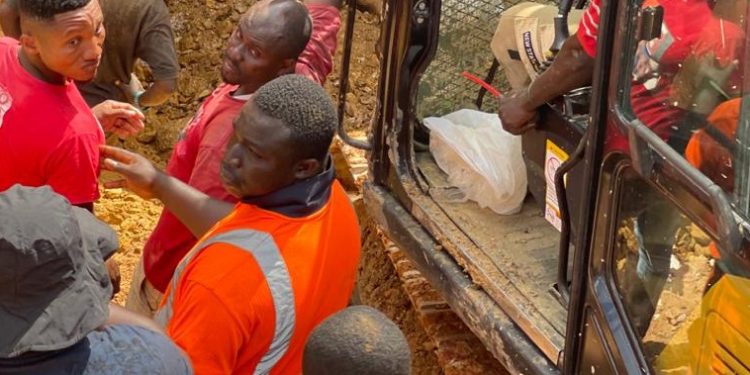 Ten illegal small-scale miners have lost their lives after a mining pit collapsed on them on Wednesday 24th November 2021, at Wassa Esikuma in the Prestea-Huni Valley Municipality of the Western Region.

With the help of officials from NADMO, police, and other security agencies, four severely injured illegal miners were rescued from the collapsed pit on Thursday, November 25, 2021.

The Western Regional Director of NADMO, Abdul Ganiwu, told Citi News how it all happened.

Abdul Ganiwu said it is sad the 10 persons who died as well as the four injured were still engaged in the dreaded illegal mining despite government interventions.

The bodies of the dead have since been deposited at a morgue in Tarkwa with the injured also receiving treatment at the Tarkwa Apinto Government Hospital.