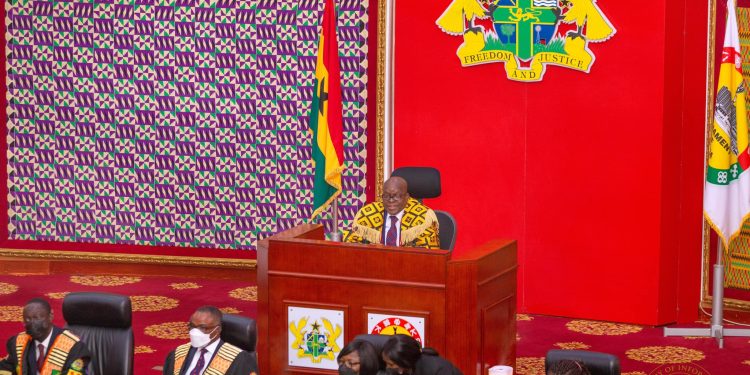 The Parliamentary Service has shot down allegations of bias levelled against Parliament during the debate on the 2022 Budget Statement and Economic Policy.

The Service in a statement said “Parliament of Ghana, in consonance with the 1992 Constitution and the Standing Orders, is going through the processes that govern the presentation of the budget and economic policy of the government for the year 2022, as provided for in Chapter 13 of the Constitution.

“As is common in all Parliaments, these processes are sometimes characterised by disagreements, but usually, the House is able to come to some agreement.”

“The events that have characterised the scrutiny of this particular budget is no exception,” the statement added.

The Service assured that the Rt. Hon. Speaker, being fully aware of the national nature of the budget and the need to do what is best for the entire citizenry, “is committed to ensuring that Parliament conducts its business with this in mind.”

“Parliament will like to assure citizens that allegations of bias are unfounded and should not be entertained.”

What happened in Parliament?

Members on the majority side of Parliament staged a walkout during processes to approve the 2022 budget in the House on Friday, November 26, 2021.

This follows a disagreement over a directive by the Speaker of Parliament, Alban Bagbin, for non-MPs to vacate the Chamber following a request for a division after a voice vote in the House.

Deputy Majority Leader, Alexander Afenyo Markin, challenged the Speaker’s interpretation of the voice vote and called for a ‘division’.

Mr. Bagbin thus directed that, per orders of the House, non-MPs had to vacate the Chamber during the division process.

Meanwhile, the 2022 Budget Statement and Economic Policy was rejected after the majority staged a walkout.