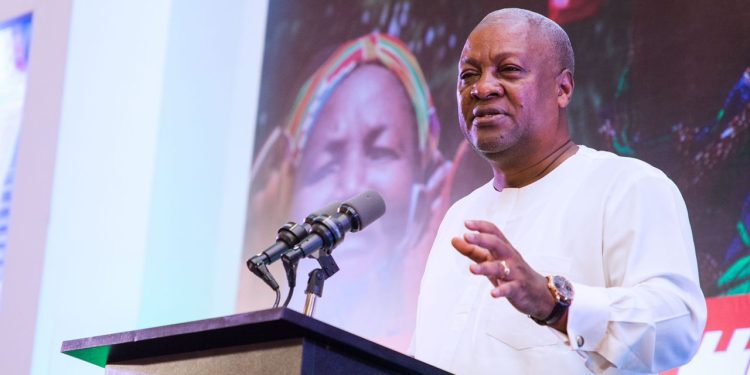 Former President John Mahama on Wednesday, November 10, 2021, climaxed his ‘Thank-you’ tour of the country with an address to Ghanaians dubbed: #ThankGhanaAddress.

It was held at the Kempinski Hotel, Gold Coast City, Accra. The former President touched on a number of issues on the economy, job creation, security, digitalization among others.

The former president started his address by recounting what he claimed were “bitter lessons” the opposition National Democratic Congress learned from the 2020 polls.

He insisted that, but for the machinations that characterised the 2020 polls, the NDC would have become the government of the day and would have won majority seats in Parliament.

Linguistic acrobatics with an ailing economy

On the economy, he accused the Akufo-Addo/Bawumia government of engaging in “linguistic acrobatics” with the ailing economy.

He insisted that the governing party has run down the Ghanaian economy with corruption, frivolous expenditures among others at the expense of the suffering masses.

“We had plans to make Ghana a 24-hour economy.”

The public sector is not full

Mr. Mahama who was the 2020 presidential candidate of the NDC rejected claims by the government that the public sector is full.

He insisted that the health and educational sectors still require human resources hence government cannot block access to such persons.

“I disagree with the position that the public sector is full and has no room for more people. The Ghana Education Service and the Ghana Health Service have a huge resource gap for over 90,000 people.  The Ghana Prisons Service requires an additional 8,000 personnel currently. They require more human resources,” he said.

“We can employ more if we keep the frivolous expenditure down and get rid of corruption. If we do this, we should be able to get more people into the public sector and not those dubious job creation schemes,” he insisted.

Mahama also slammed the Akufo-Addo government for closing down some financial firms in the country. He said a number of the youth would have been gainfully employed if such companies were still in existence.

“Unemployment has become a national security crisis… There is an explosion in unemployment.”

He also took on the government over the challenges in the education sector. He said the Akufo-Addo government has not provided schools with textbooks two years after changing the curriculum.

He also said the government is not giving the education sector the necessary attention and starving the sector of the needed funds.

“Government has not provided textbooks that align with the new curriculum for basic schools for 2 years. The government is not giving enough money to colleges of education to run the schools,” he said.

Mahama also took on Vice President Dr. Mahamudu Bawumia for touting himself as a digitalisation messiah.

The former president argued that governments over the years laid the necessary foundations to boost network infrastructure in the country, hence one government cannot lay claim to being the brain behind Ghana’s digitalisation drive.

While concluding his address, Mahama urged Ghanaians not to lose hope despite experiencing “excruciating challenges” under the Akufo-Addo government, but put in their best and ensure the NDC returns to power during the next polls.

“Do not lose hope, instead, I encourage you to hope and work hard for mother Ghana. And a better future for a new administration in 2025,” he said. 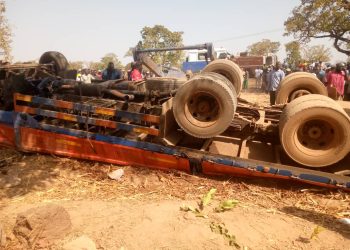