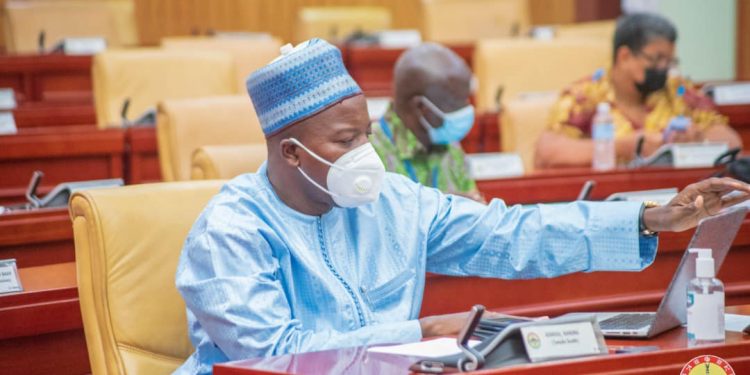 The Member of Parliament for Bawku Central, Mahama Ayariga is asking the leadership of Parliament to update the House on a petition he filed on behalf of two Ghanaians whose banks were collapsed during the financial sector clean-up.

Two citizens, Prince Kofi Amoabeng and Dr. Kwabena Duffuor petitioned Parliament to investigate the conduct of the Bank of Ghana and the Ghana Stock Exchange for revoking the licence of UT Bank as well as uniBank and delisting them from the country’s stock exchange.

The petition also seeks the restoration of the licenses of these banks.

Mahama Ayariga wants the House to be furnished with an update on the matter and urged the committee to resume work on the petition in earnest.

“Mr. Speaker, if you recall, at the last meeting, a petition was presented to this House by two previous owners of some banks and Right Honourable speaker constituted a special committee chaired by your good self [Joseph Osei-Owusu]. I am just hoping that the committee is getting back to work in earnest to consider the petition,” he said.

Dr. Duffuor, founder of the now-defunct uniBank, and Mr. Amoabeng, former Chief Executive Officer of collapsed UT bank, had the licenses of their respective financial institutions revoked during the banking sector clean-up which commenced in 2017.

According to the central bank, “uniBank’s shareholders and related parties admitted to acquiring real estate properties in their own names using the funds from the bank under questionable circumstances.”

Dr. Duffuor is currently litigating the collapse of his bank with the hope of getting the court to declare that, merging his bank with others to form the Consolidated bank is null and void.