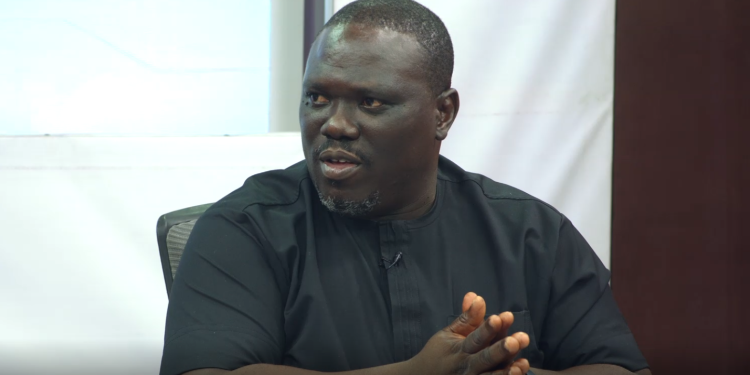 An Associate Professor at the Department of Economics at the University of Ghana, Prof. Festus Ebo Turkson, has cast doubts on the ability of newly introduced e-levy to generate the expected revenue for the government.

Speaking on The Big Issue on Citi FM/TV on Saturday, he said the government must rather focus on raising revenue from the informal sector through the digitalization drive.

He argued that the new tax was too high and would discourage many people from performing digital transactions which will ultimately lead to lower returns for the government’s projected revenue.

“There are other ways in which we can generate revenue for this country. We don’t need do this thing [e-levy] to discourage people from making use of digital transactions. It is going to give us some GHS 6.9 billion, but i think that they can pursue the informal sector. Let’s use the digitalization to rake in more revenue rather than looking for low hanging fruits  that invariably will not give us that revenue and will rather do damage to our financial inclusion and the cash-lite agenda and will not let people have the confidence in doing banking transactions,” he said.

The Minister for Finance, Ken Ofori-Atta, in presenting the 2022 budget announced the introduction of a 1.75% tax on electronic transactions as part of efforts to raise government revenue for various developmental programs.

The new tax has generated mixed reactions with majority of Ghanaians criticizing it as being overbearing.

Already, service providers deduct levies on various digital transactions including Mobile Money where both the sender and receiver pay 1% value levy on the transaction.

Meanwhile, Prof. Ebo-Turkson is calling for a downsizing of the number of parliamentarians as a means to addressing the huge revenue to expenditure deficit.

According to him, the size of parliament is significantly contributing to the government high expenditure.

“The time has come when we need to have a discussion on whether our parliamentary system is not having an overbearing impact on our expenditures as well. I think that Ghana with the size of our economy and population shouldn’t have more than 150 members of Parliament, especially when we have a local government system right from the assembly member to the assembly that is already in charge of the grassroots governance,” he said.