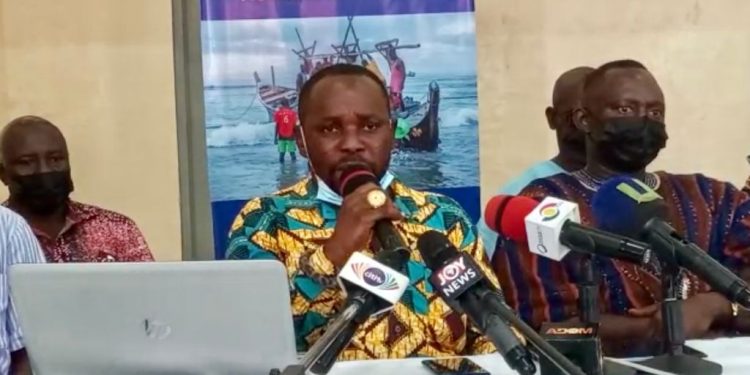 Fishermen in the Shama Abuesi landing beach area, who are currently facing a six-month ban on premix fuel supply by the Fisheries Ministry for attacking the Fisheries Enforcement Unit, have appealed for forgiveness for their misconduct.

The Chief Fisherman for Abuesi, Nana Kwodwo Konduah, addressing a press conference organized by an NGO, Friends of the Nation on behalf of the fishermen, said they are sorry for attacking the Fisheries Enforcement Unit in their line of duty, leading to the hospitalization of their commander. 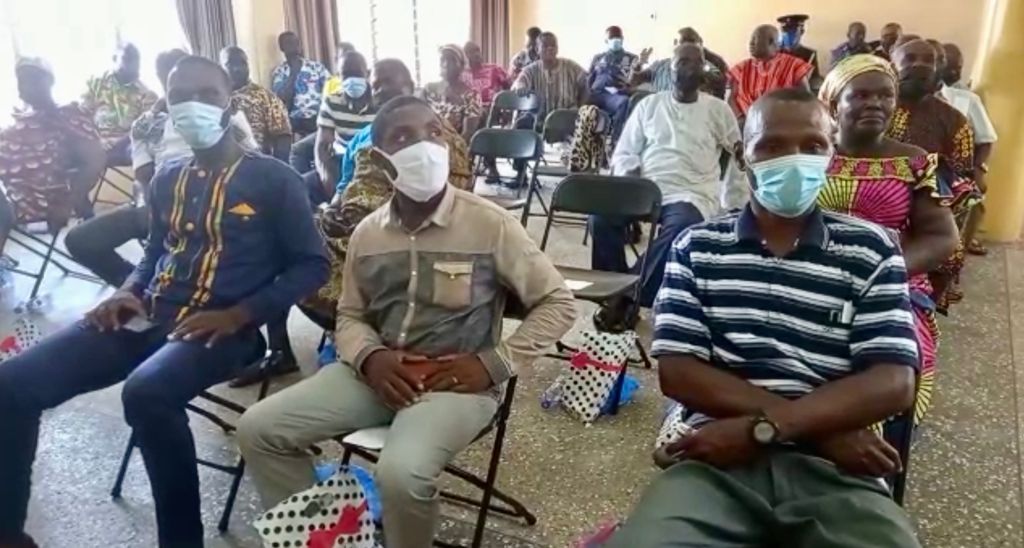 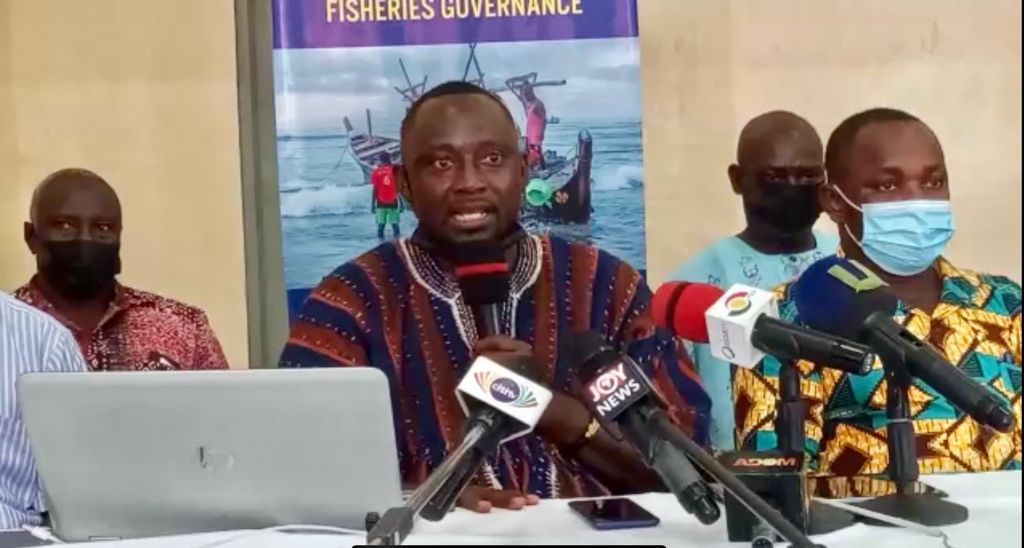 “We here in Abuesi have made a mistake for not allowing the Fisheries Enforcement Unit to do their work about three weeks ago. Besides not allowing them to do their work when they came, we also stoned them, leading to the damaging of their vehicles and the hospitalization of their Commander. So we are using this platform to plead for pardon for our misconduct. I was not there in person when the incident happened, but I have to plead on behalf of my colleagues”, he said.

The Abuesi Chief Fisherman while denouncing their misconduct said life has become difficult for the fishermen to suffer a ban on premix fuel supply and pleaded with the Fisheries Ministry to reconsider the ban as he sensitizes members to stop illegal fishing.

“I also plead with my colleague fishermen to adhere to the fisheries regulations, since it is for our own good that the enforcers are here. Right now because of the incident, Abuesi fishermen are living in fear of even going fishing because they fear arrest. As a result, there is hardship and hunger here because the Fisheries Ministry has banned the supply of premix fuel to Abuesi and the whole Shama area for six months. We are therefore pleading with the Fisheries Ministry to pardon us”, he added.

Meanwhile, Friends of the Nation, a non-governmental organization in line with its Improving Fisheries Governance in Ghana, and the Wider subregion project, which organized the press conference for the Abuesi fishermen condemned the attack by the fishermen.

The Programmes Manager at the Friends of the Nation, Kyei Kojo Yamoah, while condemning the misconduct called on the fishermen to rather work with the law enforcers to end illegal fishing.

“We have observed with much concern the violent backlash and attacks on the Fisheries Enforcement Unit in their line of duty by some fisherfolk from Abuesi and condemn these acts in no uncertain terms. We would like to further use this medium to appeal to all actors in the fisheries sector particularly the artisanal fisheries actors to desist from attacking law enforcers who are just doing their work in accordance with the law.”

“We also urge all fishers to engage in responsible fishing and to voluntarily comply with all fisheries laws and regulations governing the industry to ensure the sanity and sustainability of the industry. We again urge the Commission to ensure equity in enforcement of the fisheries laws across all sectors of the fishing industry to build trust across the board. Finally, we want to call on all stakeholders to work together to build a fisheries industry that is profitable, resilient, and sustainable”, he said.

Kyei Kojo Yamoah of the Friends of the Nation however added that their attack affects the fight against illegal fishing which currently has depleted Ghana’s fish stock.

“Illegal, Unreported, and Unregulated, IUU, fishing harms legitimate fishing activities and livelihoods, jeopardizes food and economic security, benefits transnational crime, distorts markets, contributes to human trafficking, and undermines ongoing efforts to implement sustainable fisheries policies. Indeed, Ghana stands at a crossroad as the country’s small-scale fisheries are in steep decline. Landings have plummeted from 298,249 metric tonnes in 1996 to 179,721 metric tonnes in 2016, despite an increase in the number of canoes from 8,626 in 1996 to 11583 in 2016.”

“Landings of small pelagic species, which are the mainstay of the artisanal fishery, have declined by about 80% between 1996 and 2016.“, he added.

The Improving Fisheries Governance in Ghana and the wider subregion Project, IFG Project, is being implemented by a consortium of partners namely, Hen Mpoano, Friends of the Nation, Environmental Justice Foundation, Trygg Mat Tracking, and Fisheries Committee for the West Central Gulf of Guinea.

The three-year project aims at strengthening government and industry commitment to improving fisheries governance in the key policy areas of enhanced transparency, law enforcement, collaborative management, and capacity building of key stakeholders in Ghana and the West African region.