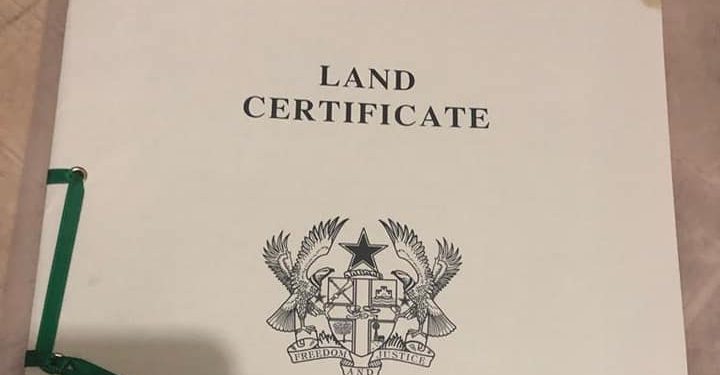 Some chiefs and corrupt land administrators in the country have captured the current process of land titling, milking it for private gains at enormous public cost.

Some chiefs demand as high as one-third of the value of lands bought in their jurisdictions before endorsing key documents such as indentures needed for acquiring land titles/certificates.

The high fees dissuade most land buyers from taking the appropriate steps to formalize their rights after buying them. Even in cases where land buyers follow through with the title registration process to the latter, there is some evidence that title documents are manipulated or tampered with at the land secretariats.

Successive governments and international bodies including the World Bank have spent millions of dollars to improve Ghana’s land administration with little success.

The continuing result of this is that land records in the country don’t reflect the reality. Land that’s already sold can misleadingly be captured in the Land Commission’s records as ’available’ or ’vacant’.

This creates room for unscrupulous land dealings including multiple sale/purchase of the same land leading to incessant violent conflicts especially in the cities where lands are very hot commodities. Several parcels of land in Ghana are unavailable for development due to ownership challenges.

To address these problems, we have designed a blockchain-enabled framework for land acquisition, which, if built and implemented, will make the need for land certificate or land titling completely unnecessary in Ghana.

It could avail land owners adequate security of tenure even if they do not register their lands with the Lands Commission or if their lands are deregistered from the Commission’s records. The framework offers a less cumbersome, less costly and less corruption-laden but highly efficient mechanism for securing land rights.

Blockchain is essentially a digital ledger of transactions that is duplicated and distributed across the entire network of computer systems on the blockchain. It helps to record information in a way that makes it difficult or impossible to change, hack, or cheat.

Blockchain has become more widely known due to its use in Bitcoin. But the technology can be put to many different uses, such as the one we are proposing around land acquisition in Ghana.

For this to be possible, Ghana would need to first build a blockchain-enabled land register. Refreshingly, efforts are underway towards digitising land records in the country.

All that needs to be done is for the blockchain technology to be layered onto the ongoing land digitisation to create a blockchain-enabled land register. The register could contain information such as the locations, co-ordinates and boundaries of lands; names of the caretaker chiefs or queen mothers; details of existing allocation notes or title holders such as their contact details (phone numbers and e-mails); and other legal interests attached to specific lands.

Currently, if someone wants to buy a land in Ghana, they contact the owner (who may be a chief, queen mother or a private person). After paying the agreed upon price, the owner gives the relevant documents (such as a land allocation note) to the buyer to begin the title or deed registration process.

The problem with the current land sale and purchase process is that it is done offline. This means that, after buying the land, if the owner is unable to pay and obtain an indenture from the relevant chief and register it with the Lands Commission, there is no way any third party can verify the status of the land–whether it’s been sold and to whom.

Second, the current system of title registration does not have a blockchain feature; the reason corrupt public officials could manipulate land records.

An online blockchain-enabled process of land acquisition will address all these probblems. 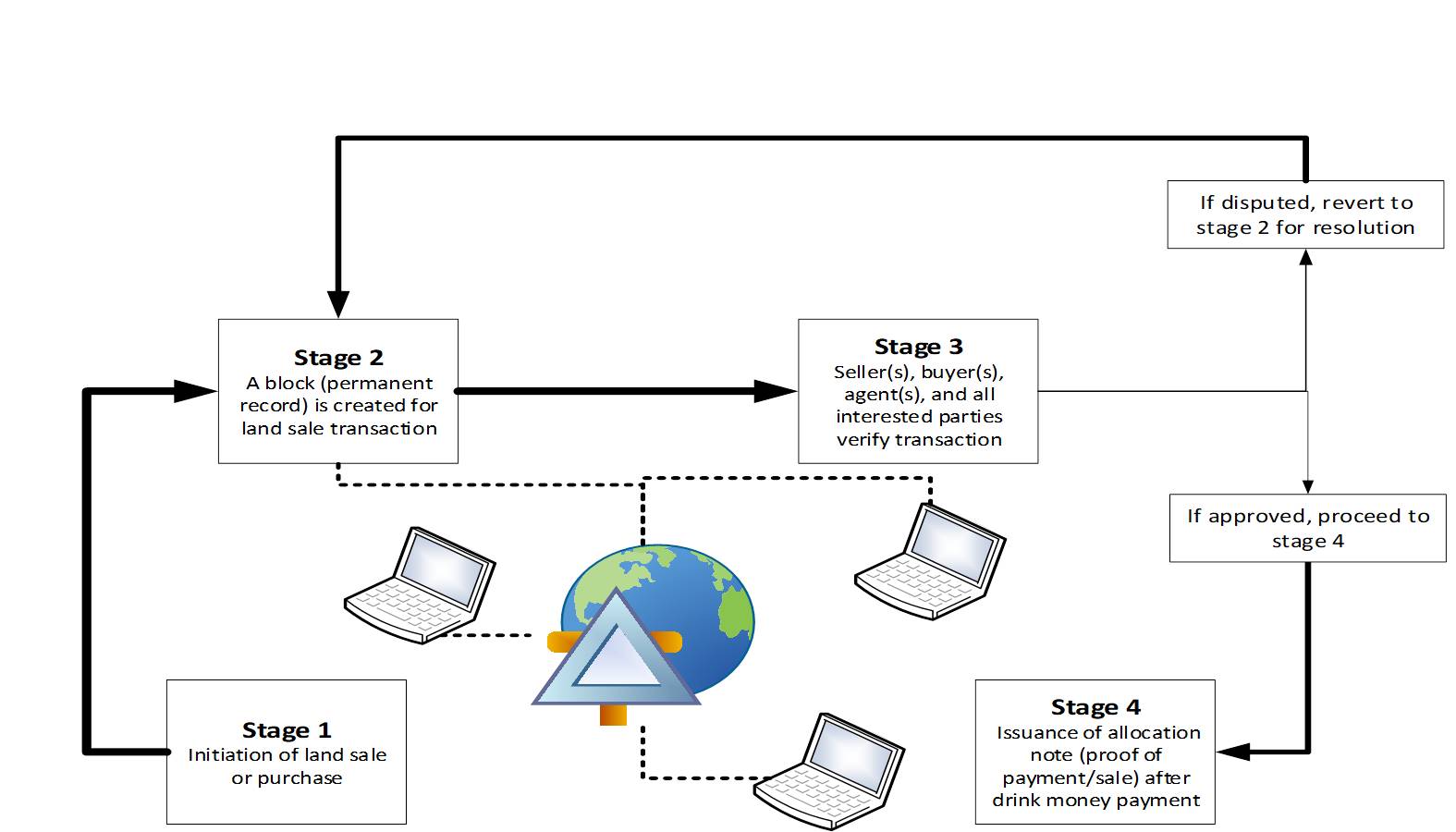 And since the platform will contain the contact details (such as phone numbers and e-mails) of those who have interest in the land, the system will automatically notify them that someone wants to sell or buy their land in stage 2. This will help solve one major soucrce of land conflicts in Ghana: Unilateral sale of lands owned by multiple parties.

In stage 3, if the person who initiated the transaction was not the true owner or sole owner, the appropriate interested parties notified about the transaction in stage 2 would have the opportunity to dispute and halt the transaction. The process would revert to stage 2 for resolution. If approved, the transaction would proceed to stage 4, where a smart contract (a sale document/land allocation note) would be issued as proof of transfer of the land.

No need for land certificates/titles

Being an online platform, the transaction records generated on the blockchain-enabled land acquisition framework will be publicly accessible to everyone.

Therefore, potential land buyers could easily verify the status of lands by just logging onto the platform to see whether the land they want to acquire has been sold already or not or whether the person trying to sell it to them is the true or sole owner. Also, blockchain records are tamper-proof, and, therefore, can’t be manipulated.

Viewed this way, a blockchain-enabled land acquisition framework could kill two birds in Ghana with one stone: It could eliminate potential for multiple sale of same lands even when people do not or refuse to regisiter their lands with the Lands Commission or when their land records are deregistered from the Commission’s database.

The reason is simple: the permanent tamper-proof sale and purchase records captured on the blockchain system will always show the details of land owners; when they bought their lands and from whom including the details of witnesses to the transaction as well as the terms and conditions under which they bought the land.

Land owners will not need land certificates or title documents to prove any of the above important elements that ensure land tenure security. This will help sanitize the land market.

It will remove any incentives to bribe public officials to manipulate land titles. Also, people who cannot afford costly indentures and other documents needed for acquiring land titles/certificates will still have their lands protected–they cannot be resold.

The framework is based on Ghana’s experience. Nonetheless, it could be usefully adapted to solve land tenure problems in other African countries.

We hope the relevant stakeholders in Ghana and other African countries similarly situated will take the necessary steps to implement the ideas to improve land administration in the country and the continent.