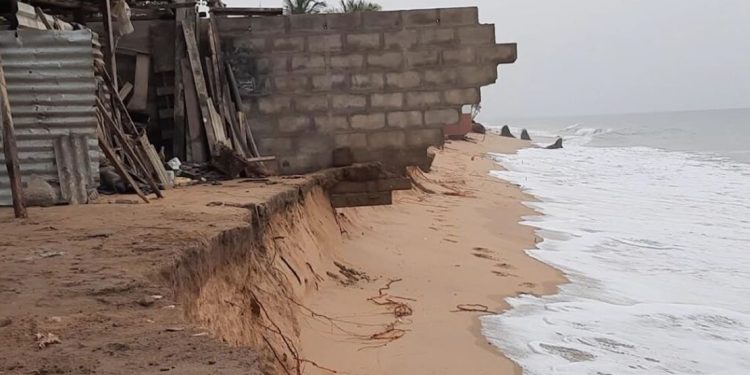 The Volta Caucus in Parliament has taken on the government for failing to allocate some funds in the 2022 budget for the construction of the Blekusu Sea Defense project.

Hundreds of homes and other properties were destroyed in a tidal wave that hit part of the Volta Region earlier this month.

The Works and Housing Minister, Francis Asenso- Boakye, during a recent visit to the Volta Region, was hopeful the government will allocate some monies in next year’s budget for the 2nd phase of the project to continue.

Speaking to Citi News, NDC MP for Keta, Kwame Gakpey, said the caucus will continue to push for the completion of the project.

“With all the incidents that have happened, we thought the government will make some budgetary allocation for phase two [of the Blekuso Sea Defence Project] to continue, but nothing was put there. We have realised that this government does not have us in mind.”

Recently, the Deputy Majority Leader, Alex Afenyo-Markin, filed an urgent question for updates on the second phase of the Blekuso Sea Defense project.

The Member of Parliament for the Ketu South Constituency, Dzifa Abla Gomashie, had demanded urgent attention from President Nana Addo Dankwa Akufo-Addo in relation to the completion of the sea defence project in the Volta Region.

Her plea follows devastating tidal waves that destroyed some communities in Keta South, with Salakope being the worst affected.

The Member of Parliament (MP) for Ablekuma West, Ursula Owusu Ekuful, wants the government to extend the construction of the 2 km Dansoman sea defence project to other parts along the sea in the area.

President Akufo-Addo also cut sod for the commencement of the project by Messrs Bridge Global Consolidated Limited at a contract sum of GH¢394 million for the sea defence project at Ningo-Prampam.

The project is meant to protect a coastal stretch of five kilometres from tidal waves, beach erosion, and flooding.

When completed, it will boost coastal tourism, increase fishing activities, improve sanitation, and provide employment opportunities for the indigenes.